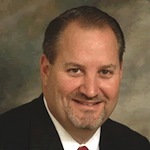 A Galveston County man is suing after he was injured in a car accident.

Michael Gleason filed a lawsuit on May 6 in the Galveston Division of the Southern District of Texas against Jesse Earnest Roye Jr., citing negligence.

Gleason claims he was involved in a car accident with the defendant when traveling westbound on Seawall Boulevard in Galveston on Oct. 24, 2012. According to the brief, Roye failed to yield the right of way when attempting to turn into a driveway and crashed into Gleason's car.

Gleason is seeking damages in an amount within the jurisdictional limits, medical expenses, interest and court costs.

She is being represented by League City attorney Darrell A. Apffel and S. Benjamin Shabot of Bettison, Doyle, Apffel and Guarino P.C.

Galveston Division of the Southern District of Texas Case No. CV-72053

This is a report on a civil lawsuit filed at the Galveston Division Courthouse. The details in this report come from an original complaint filed by a plaintiff. Please note, a complaint represents an accusation by a private individual, not the government. It is not an indication of guilt, and it only represents one side of the story.