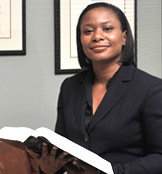 A former healthcare coding specialist is suing, alleging she was wrongfully terminated based on discrimination.

The complaint states Evans-Rhodes worked at Northwest Diagnostic Clinic from Jan. 4, 2011, through June 7, 2011, as a healthcare coding specialist/auditor.

The court document alleges Evans-Rhodes' co-worker discriminated against her and treated her poorly based upon race. The plaintiff alleges she attempted to make a complaint about the behavior to her supervisor, but the supervisor refused, so Evans-Rhodes made complaints with human resources.

In retaliation for her complaints of racial discrimination, the plaintiff claims was issued a written reprimand and then on June 7, 2013, the plaintiff was terminated for allegedly eating at her desk, according to the complaint.

Evans-Rhodes is seeking an undisclosed amount in damages.

The plaintiff is being represented in the case by Melissa Moore and Rochelle Owens of Moore & Associates in Houston.

United States District Court for the Southern District of Texas Case No. 4:14-cv-01169

This is a report on a civil lawsuit filed in the United States District Court for the Southern District of Texas. The details in this report come from an original complaint filed by a plaintiff. Please note, a complaint represents an accusation by a private individual, not the government. It is not an indication of guilt, and it only represents one side of the story.