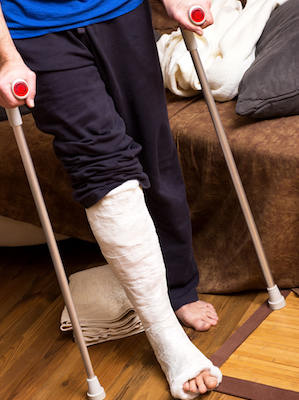 A Harris County man is suing an automotive parts company, alleging negligence for injuries he says he sustained when visiting the store’s Houston location.

Carl Wiley filed a lawsuit Aug. 3 against O'Reilly Automotive Stores Inc. in the Houston Division of the Southern District of Texas, alleging negligence.

According to the complaint, on Feb. 17, while Wiley was shopping in the O’Reilly Automotive store, 3596 Old Spanish Trail, Houston, an employee dropped an unsecured brake rotor of a vehicle on the plaintiff's foot. The suit says Wiley was taken to the hospital for a fractured foot, and for three months he could not walk or stand. He developed an antalgic gait disturbing his posture, resulting in a lower back injury, the lawsuit states.

Due to his injuries Wiley's work as a chef has suffered, the suit says.

Wiley seeks damages the court finds appropriate, plus legal costs. He is represented by attorney Matthew M. Zarghouni of Fomby and Zarghouni in Houston.