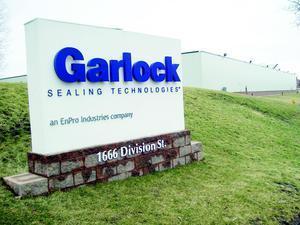 CHARLOTTE, N.C. (Legal Newsline) – A Dallas asbestos firm facing a racketeering lawsuit is attempting to turn the tables on its accuser.

Simon Greenstone Panatier Bartlett, one of five plaintiffs firms facing racketeering lawsuits from Garlock Sealing Technologies, has filed a counterclaim that maintains Garlock is the one that engaged in racketeering.

The counterclaim, filed Monday in the RICO case against Simon Greenstone, alleges gasket-maker Garlock made fraudulent misrepresentations and withheld evidence of the dangers of its products in order to lower the costs of verdicts and settlements.

“Garlock claimed that it did not learn of the relationship between exposure to asbestos fibers and lung cancer until the ‘early 1970’s,’” the complaint says.

“But in truth, Garlock learned no later than March of 1956, at a meeting of the Asbestos Textile Institute, that exposures to asbestos as short as six months cause lung cancer.”

Simon Greenstone filed its counterclaim and answer to Garlock’s complaint more than two months after a federal judge refused to dismiss Garlock’s complaint. The firm has appealed that decision to the U.S. Court of Appeals for the Fourth Circuit in Richmond, Va.

The two sides are also debating whether a stay should be implemented on Garlock’s case while the appeal is sorted out.

Garlock, like many companies that faced a wave of asbestos lawsuits already have, is in the process of establishing a bankruptcy trust to compensate claimants. Doing so means a company no longer must face civil lawsuits and establishes procedures for those who submit evidence they were made ill by the company's products.

While Hodges was tasked with determining how much Garlock needed to put in its trust, he ruled that plaintiffs firms had been withholding their clients’ exposures to other company’s products while they pursued lawsuits against Garlock.

They did this to prevent Garlock from claiming other companies were responsible for a plaintiff’s illness, which would drive up the amount of the verdict or settlement, Hodges ruled.

After inspecting evidence in 15 cases, Hodges ordered Garlock to put $125 million in its trust – more than $1 billion less than what plaintiffs attorneys had hoped.

“These fifteen cases are just a minute portion of the thousands that were resolved by Garlock in the tort system,” Hodges wrote.

“And they are not purported to be a random or representative sample. But the fact that each and every one of them contains such demonstrable misrepresentation is surprising and persuasive.

“More important is the fact that the pattern exposed in those cases appears to have been sufficiently widespread to have a significant impact on Garlock’s settlement practices and results… It appears certain that more extensive discovery would show more extensive abuse.”

Garlock’s RICO cases echo the claims it made in its bankruptcy proceeding. The other defendants are Belluck & Fox in New York City, Stanley-Iola of Dallas, Shein Law Center of Philadelphia and Waters & Kraus of Dallas.

Simon Greenstone says in its counterclaim that Garlock and its parent company ignored testimony from each of the 15 plaintiffs that showed exposure to other products.

Other arguments made by the firm include:

-Garlock’s real reason in bringing the RICO suit was to gain leverage against Simon Greenstone in the bankruptcy proceeding by putting it at financial risk;

-Garlock claimed in litigation against it that there was no scientific or medical evidence that its products posed a health hazard, even though it knew the products could be hazardous when subjected to movement that would release the asbestos fibers into the air; and

-Garlock withheld a 1980 manual in which the company admitted the need to avoid creating dust because breathing it could cause harm.

Simon Greenstone said it did not know about the manual until it found a copy on eBay.