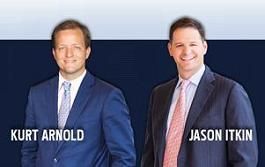 A recent fire at the Marathon Petroleum refinery in Texas City has resulted in a lawsuit against the oil and gas company.

The suit, filed Jan. 19 in the Galveston County 56th District Court, explains that plaintiffs Saul Mendiola and Eleazar Chavez were working at the facility on Jan. 11 when the blaze broke out.

While court papers do not elaborate on the circumstances which led to the incident in question, they state that the men suffered “severe physical and emotional injuries and damages” and Marathon is to blame for negligence.

Marathon is additionally accused of failing to properly instruct and supervise employees, failing to provide adequate equipment and failing to inspect and maintain the premises in an appropriate manner.

“The defendants acted with flagrant and malicious disregard of the plaintiffs’ health and safety,” the original petition says.

The respondent property was originally owned by British Petroleum and was the site of the March 23, 2005, explosion that claimed the lives of 15 workers and injured numerous others.