SOUTHLAKE – Lawyer Monthly has named the managing partner of law firm Scott & Scott LLP the Technology Lawyer of the Year.

Robert Scott said he was honored and surprised at the recognition. 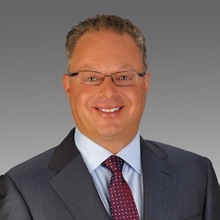 Robert Scott has been named the Technology Lawyer of the Year. | Scott & Scott LLP

“When I started practicing in this area, there really wasn’t any such thing as a technology lawyer. It wasn’t even really a category when I got started,” he told the Southeast Texas Record.

Scott said that he hadn’t planned on focusing on technology law when he graduated from Hofstra University’s School of Law in 1996.

“It is just one of these things that evolved with time,” he said. “I was fortunate enough about 12 years ago, a company I was with was audited by a software trade group called The Business Software Alliance. We were not able to find any lawyers that had the expertise to represent us in that particular matter and we handled it ourselves. That is really what got us started down the path of really focusing heavily on technology law.”

Scott said when the firm began working with three major clients – Pepsi Co., American Express and Xerox – things started to take off for them.

“I think that really started to set the firm on a trajectory to attract and service clients in that fortune 100 peer group," he said. “It is not just the clients, it is the type of matters that they have. When you are working with clients of that caliber, you really are working at the forefront of the industry.”

The publication noted that Scott has now worked with clients in disputes with Adobe, IBM, Microsoft, Oracle and SAP. Some of Scott’s achievements include representing more than 300 small-to-medium sized businesses during their software audits by The Software Alliance and protecting small architectural firms that were accused of software piracy. Lawyer Monthly also noted that Scott helped a nonprofit hospital chain in Texas during negotiations in a Microsoft-funded licensing true-up review and another large health care system with Microsoft SAM engagement as it adopted 0365 for health care data.

Scott is a member of the Dallas Bar Association – Computer Law Section, the Managed Service Providers Alliance, State Bar of Texas Data Security and Privacy committee and has his Microsoft Software Asset Management certification. He earned his undergrad degree from Austin College with a dual major in economics and philosophy in 1992. While working towards his J.D. at Hofstra, he was the editor of the law review.

His expertise has also landed him on the pages of Business Insider, Computer World, Digital Guardian, Bloomberg Businessweek, The New York Times, The Atlanta Post, Entrepreneur and the Financial Times.

The Lawyer Monthly Legal Awards have 40 categories and focus primarily on the work done within the last 12 months.