AUSTIN – Haynes and Boone has welcomed acclaimed longtime appellate lawyer Mike Hatchell to its team in the Austin office.

One of the law firm's partners, Nina Cortell, said they were pleased to have him.

“Mike is widely considered one of the leaders of the Texas appellate bar, and we could not be more pleased and honored to have him join our appellate team,” she was quoted as saying in a Sept. 7 press release.  “Mike’s experience and extraordinary track record in the Texas Supreme Court will be a tremendous asset to the firm and to our clients.” 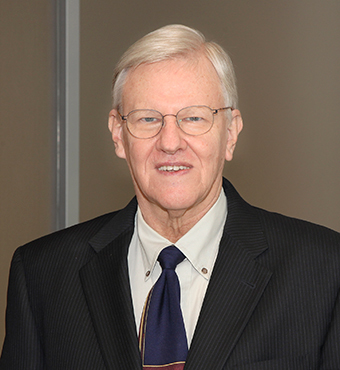 Partner Lynne Liberato said in the release that Hatchell will make their already "strong" group "that much stronger."

“Like so many other lawyers at the firm and in the appellate bar, I have long been an admirer of Mike’s consummate skill as a writer, oral advocate, and defender of his clients’ interests,” Liberato was quoted as saying in the release.

Hatchell told The SE Texas Record he was looking forward to his position with Hayne and Boone, which he referred to as the "gold standard."

“We share a lot of the same philosophies about excellence in appellate practice,” he said.

He also said he left his previous post amicably.

“I am very happy with what I accomplished at Loche Lord and also very happy to be here and take on some new challenges with a really talented group of people.”

Hatchell has been practicing for 50 years and has received several awards and honors, including the Greg Coleman Outstanding Appellate Lawyer Award from the Texas Bar Foundation.

The law firm's press release stated that over Hatchell's career, he has led more than 400 appeals and has experience in all of the court of appeals in Texas as well as federal courts around the U.S. He also brings ample experience in arguing cases to the Texas Supreme Court.

In addition, he is also on the Texas Supreme Court Advisory Committee and the American Academy of Appellate Lawyers.

During his career Hatchell has won a Supreme Court of Texas decision for a Texas-based energy company clarifying the landowner's burden of proof under the accommodation doctrine, according to the Haynes Boone website.