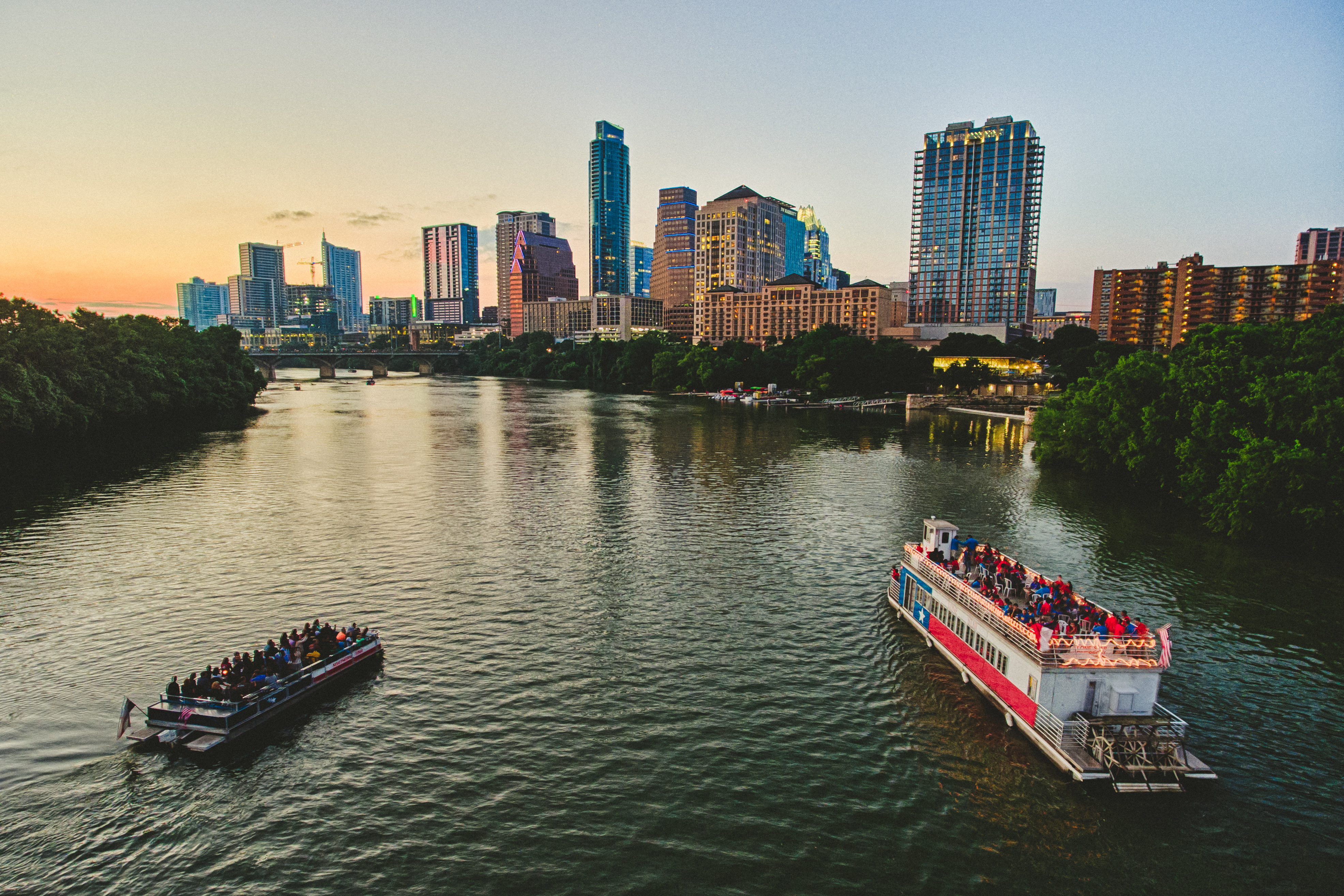 This column first appeared May 28 on City Journal. Mark Pulliam is a contributing editor at Law and Liberty and blogs at Misrule of Law. He writes from Austin, Texas.

During the 1970s, Austin—the state capital and home to the flagship campus of the University of Texas—was an affordable haven for the state’s assorted hippies, aspiring musicians, and itinerant bohemians. The city’s motto was “Keep Austin Weird,” a conscious departure from the Lone Star State’s conservative stereotype. A half-century later, Austin’s slogan remains popular, and with Texas’s rapid population growth and urbanization, the city’s progressive politics now enjoy statewide appeal. The city is less “weird” today than “woke,” and the tendency is becoming contagious.

Austin’s mayor, Steve Adler, personifies the city’s evolution. A Washington, D.C.-area native, Adler attended Princeton, earned a law degree, and became wealthy representing Austin landowners in eminent-domain disputes. He was elected mayor in 2015 when, as a political novice, he defeated an incumbent councilman, Mike Martinez, a progressive activist who formerly led the Austin Firefighters Association. In that race, Adler positioned himself as a moderate, but his centrism has disappeared. Adler now presides over a 10-person city council—all Democrats—elected from single-member districts. He is the only sitting official elected citywide by voters, and the first mayor to govern since a city-charter amendment, passed in 2012, eliminated at-large voting for council members. Last year, Adler was handily reelected in a well-funded campaign—a tribute to his political prowess.

The charter amendment, which also expanded the council’s size, was intended to make city government less monolithic and more representative of Austin’s diverse voters. For decades, the council had been dominated by mainstream Democrats from Austin’s influential west side. Even the local Republican organization supported the amendment, hoping that the city’s GOP voters might finally get a seat or two at the table. Instead, single-member districts merely strengthened the city’s minority factions and leftist special interests, making the council even more progressive. In recent votes, council members unanimously declared Austin a “Freedom City” for illegal immigrants and embraced the so-called Green New Deal.

As the city council’s political direction veers leftward, so have Adler’s public positions. His latest stunt occurred at an Iftar event featuring Minnesota congresswoman Ilhan Omar as the keynote speaker. The annual dinner, celebrating the end of the Ramadan fast, was hosted by Emgage, a nonprofit group that recruits Muslims to run for office. Texas agricultural commissioner Sid Miller called for Adler to skip the event, noting Omar’s record of anti-Semitic statements and remarks dismissive of the 9/11 attacks. “It’s not inclusive to have a keynote speaker at a dinner who has repeatedly attacked the Jewish faith and its adherents,” Miller said. He added: “Mayor Adler should help Austin stay true to its roots and use this opportunity as a teaching moment for Muslims, Jews, Christians and those of other faiths to come and break bread together in the spirit of unity and love, not hate.”

Emgage denounced Miller’s criticism of Omar as “immoral and racist.” Adler, only the second Jewish mayor in Austin’s history, insisted on attending, saying that “every year, this event is a special opportunity for people of many faiths to grow together. As mayor, it is my privilege and responsibility to lean into such learning moments with my community—not to back away from them.” He went ahead and appeared at the event with Omar, ignoring the opposition and protests of other critics, including the Zionist Organization of America, various Jewish leaders, Jihad Watch, and ACT for America. In his dinner remarks, Adler praised Omar as an “inspiring and wonderful symbol of our country’s progress toward real and meaningful representation in government for people who have not previously seen themselves reflected in our democratic institutions”—an unusual tribute to someone repeatedly, and credibly, accused of anti-Semitism.

Alas, defending the interests of Jews and their homeland, Israel, is not considered fashionable in progressive circles—unlike, say, pushing costly mass transit and “affordable-housing” projects, catering to homeless activists, promoting renewable-energy boondoggles, ignoring public-order offenses, and protecting illegal immigrants. Accordingly, Adler faced no political repercussions for sharing the dais with Omar. Indeed, a liberal press corps rallied to Adler’s defense. Miller’s rebuke only emboldened Adler because Austin voters reflexively reject Republicans. In the 2018 election, Texas Governor Greg Abbott—more popular statewide than Miller—lost Travis County by more than a 2-to-1 margin. In Austin, Adler’s GOP opponent drew only 6.33 percent of the vote—far less than the percentage of registered Republican voters. When Republicans are considered unelectable in local races, even GOP voters will choose the most palatable Democratic candidate.

Austin aspires to be, in the words of the Wall Street Journal, “the San Francisco of the South,” spending profligately on “dubious social programs and utopian schemes.” For a citywide official, the sweet spot is to be “woke” enough to appeal to progressive voters without being so radical as to scare the business community. Adler, whose law practice involved lucrative dealings with real estate developers, knows that being a “centrist” in Austin, where the Democratic Socialists of America regularly endorse successful candidates, gives him leeway to tack leftward—and he has.

Austin’s march leftward may, unfortunately, predict the eventual political fortunes of the Lone Star State as the suburbs and major cities increasingly trend blue. Adler, now in his second term, cannot run for reelection. Perhaps he will follow the path of South Bend’s Pete Buttigieg, whom he endorsed for president. If the fast-growing Austin is a harbinger for the rest of the state, Texas has weirdness in its future.