Trial lawyers hate arbitration, except when they like it 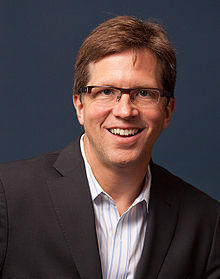 “Binding arbitration clauses are inescapable,” warns Texas Watch, a group funded by trial lawyers. “They appear in all forms of consumer contracts, big and small. Virtually every time you use a credit card, join a gym, buy a car or use your cell phone you are giving up your legal rights. If you have a dispute with one of these companies, you are forced into a closed, costly, and tilted process without any appeal or public record.”

Generally speaking, Houston trial lawyer Mark Lanier would agree with that sentiment and prefer to avoid arbitration, but he’ll make an exception when he’s the target of a lawsuit. In that situation, he seems to favor “a closed, costly, and tilted process without any appeal or public record.”

Allegedly exposed to hazardous chemicals following the 2010 Deepwater Horizon oil spill, Sheri Dorgan hired Lanier and former Lanier Law Firm attorney Charles Herd to represent her in a lawsuit against BP. Claiming that they bungled her case, Dorgan is now suing both attorneys for more than $1 million in damages.

“Sheri chose Defendants to represent her because they held themselves out as the best lawyers for the task. Lanier represents that he is ‘one of the top trial attorneys in the United States,’” her suit against Lanier and Herd asserts.

Dorgan claims that “these Super Lawyers had too many ‘more important’ things to do while handling Sheri’s case and failed to follow the dictates of Judge Carl Barbier, the federal court judge presiding over the underlying case.”

When they failed to respond in a timely manner to Barbier’s show of cause order, the judge dismissed Dorgan’s case with prejudice.

“Accordingly, due solely to the fault of the Super Lawyers, Sheri’s personal injury claims are forever barred and she will never recover for the severe injuries she suffered....”

Lanier contends that Dorgan’s claims “must be resolved by binding arbitration,” because he made to sure to put that clause in his contract. It’s okay when lawyers do that, but wrong for everyone else.

Want to get notified whenever we write about The Lanier Law Firm PLLC ?

Sign-up Next time we write about The Lanier Law Firm PLLC, we'll email you a link to the story. You may edit your settings or unsubscribe at any time.