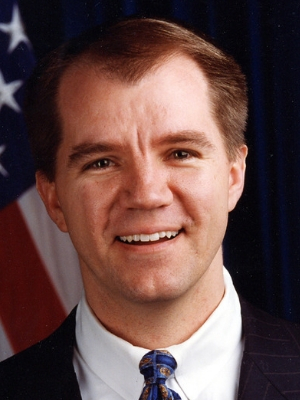 NEW ORLEANS -- A lower court did not err when it ordered sanctions against a lawyer accused of imposing a meritless and frivolous claim against Judge Layne Walker the U.S. Court of Appeals for the Fifth Circuit affirmed Oct. 1.

Lawyer John Morgan filed the appeal after sanctions were ruled against him via 28 U.S.C., Section 1927. The sanctions were filed against him after he progressed “a meritless, immunity-barred claim against Judge Walker,” on behalf of his client, the appeals court ruled. “Reviewing for abuse of discretion, we cannot conclude that the district court, which was best positioned to assess the propriety of Morgan’s litigation misconduct, erred in sanctioning him under section 1927,” the court noted.

Through Section 1927, a federal court has the authority to award attorney fees, court costs and expenses within a reasonable amount that happened thanks to a lawyer’s inappropriate behavior. But although the sanctions are flexible, negligence is not a good enough reason to impose them.

“Viewing the district court’s 28 pages of detailed factfinding and analysis through the deferential ‘abuse of discretion’ lens, we hold that the district did not abuse its discretion in levying a section 1927 sanction against Morgan for his conduct from May 2014 through August 2015,” the appeals court ruled.

Ultimately, it was Morgan’s decision to continue filing complaints based on a falsified perjury claim that had already been deemed meritless. “He pursued a baseless claim with reckless disregard for his duty to the court,” according to the appellate opinion.

The litigation is a result of a 2006 case where Stella Morrison served as counsel for criminal defendant Peter Tran. Walker was the judge in the case and declared that Morrison committed perjury when she tricked her client into making a false statement and filed that statement with the court.

She also said that her lawsuit did not have any connection to any other cases that had been assigned to Walker’s care. “This assertion was critical. If Judge Walker’s allegedly false charges arose from actions taken in his judicial capacity, he enjoyed judicial immunity,” the appeals court determined.

Walker filed a motion to dismiss, arguing he was protected with judicial immunity. The court granted the motion for all of Morrison’s claims with the exception of the falsified perjury claim. The court said this claim was not exactly frivolous, especially if Morrison could prove that judicial immunity didn’t apply to Walker.

Want to get notified whenever we write about U.S. Court of Appeals for the Fifth Circuit ?

Sign-up Next time we write about U.S. Court of Appeals for the Fifth Circuit, we'll email you a link to the story. You may edit your settings or unsubscribe at any time.

U.S. Court of Appeals for the Fifth Circuit