Couple says they were fired after reporting sexual harassment 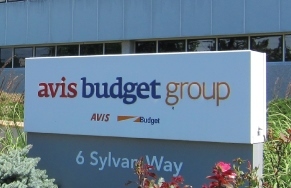 A Texas woman and her husband are suing over claims they were fired after she complained to management of sexual harassment.

According to the complaint, Mary and Ryan Thomas were employed by the defendants, who collectively operate a rental car company, to park cars at designated areas of the defendants' premises on June 24, 2013. The Thomases say the defendants agreed that both plaintiffs would be allowed to take time off work for a surgery Mary was to undergo and for a trip they had planned in advance.

The complaint states that after a week of employment, Mary Thomas began to be sexually harassed by another employee, who made inappropriate sexual comments and even grabbed her. Mary Thomas says that on July 31, 2013, she told a manager she needed to speak to human resources about sexual harassment, and the manager told her company policy required that she complain to a lower-level supervisor first.

The complaint states Mary Thomas then complained to one of her regular shift managers, who told her to complain to someone of a higher rank.

The lawsuit states Mary Thomas then had her scheduled surgery, intending to address the problem when she came back but two days after she and Ryan Thomas returned, on Aug. 12, 2013, a manager they had never met told them they were fired because they had “missed too many days,” even though the plaintiffs were hired with advance approval of the absences.

The plaintiffs also say they sometimes worked more than 40 hours per week without overtime pay.

The Thomases seek compensatory and punitive damages, including lost salary and benefits, unpaid overtime wages, attorney fees and costs of suit. They are represented by attorneys Trang Q. Tran and Andrew H. Iwata of Tran Law Firm in Houston.