Man claims he was shut out of common-law wife's estate 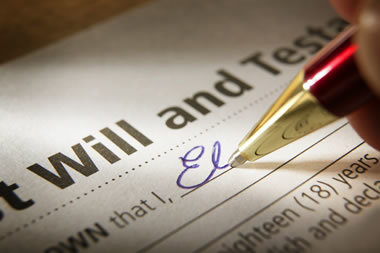 A Texas man is suing over claims he was unlawfully prevented from being included from the estate of the woman with whom he was in a common-law marriage.

According to the complaint, 15 years ago, Gonzales became acquainted with Lillian H. Hester, with whom he became good friends before beginning a romantic relationship and moving in with her in 2014. Gonzales says they intended to conduct a ceremony this fall to celebrate their common-law marriage, but Hester died Oct. 18.

The complaint states Hester had no children or family, other than in-laws from her first marriage but a few of her friends opposed her relationship with Gonzales, allegedly because he was more than 20 years younger than her, Hispanic, works as a general contractor and, most notably, became Hester's desired recipient of her estate upon her death.

The lawsuit states this caused Hester to begin making changes to her estate beneficiaries as early as 2010, including a bequest of her house, which makes up nearly 40 percent of her estate, to Gonzales. The plaintiff says the beneficiary of her residuary estate was Hester's purported friend Lisa Lossin, who was disturbed by the 2010 changes as she would receive approximately 55 percent of the estate instead of nearly all of it. The complaint states that on July 7, Lillian Hester named Gonzales beneficiary of a $135,000 IRA account she owned and kept at RBC Capital Markets, which represents about 25 percent of the cash in her estate.

According to the lawsuit, in August, Hester broke her hip, which, in addition to a pre-existing heart condition, required surgery and rehabilitation at Five Star Quality Care-TX's The Gardens of Bellaire, where Hester took steps to complete her estate planning. The lawsuit states she decided to eliminate Lossin from her will, but Lossin, Five Star and RBC became aware of Hester's intentions and conspired to declare her mentally incapacitated and strip her of her rights, liberties and property.

The complaint states that when Hester's attorney came with the new documents on Sept. 17, the defendants sent six Five Star personnel into her room, demanded the attorney and Gonzales vacate the premises and contacted the Bellaire Police Department with a false report that adult protective services issued a protective order forbidding Martin to have contact with Hester. Gonzales says Five Star, supported by the Bellaire police, insisted he never return upon threat of criminal trespass charges, and the emotional strain this caused was so severe as to send Gonzales to the emergency room from a nervous collapse.

The lawsuit states Hester felt likewise, but RBC wrongfully refused to permit a withdrawal she attempted in order to retain her lawyer to represent her against Five Star and those acting in concert to strip her of her civil rights. Gonzales says it was directly in relation to being deprived of his love and companionship, away from home for a month, and stripped of her rights, that Hester began to decline until her death Oct. 18.

Gonzales says Lossin has deliberately withheld information about Hester's funeral in order to prevent his attendance. The lawsuit states Gonzales presented his claim as beneficiary to RBC, but it refused to pay him, despite the beneficiary designation signed by Hester before a notary public and accepted by RBC.

Gonzales seeks more than $500,000 in damages, plus interest and attorney fees. He is represented by attorneys C. Zan Pritchard in Katy, and Donna C. Kline in Montgomery.