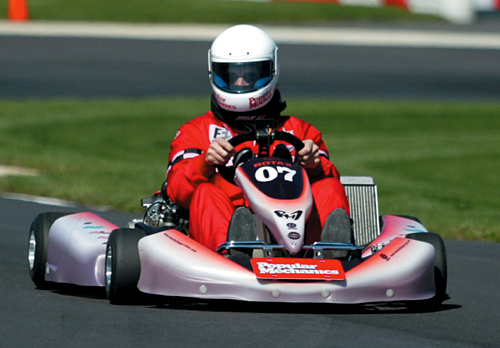 Sports Connection has settled a suit filed on behalf of minor Derionna Guillory, who was rammed by another child while driving a go-kart, for $50,000.

As previously reported, on June 29, 2011, Guillory’s mother, Chantell Seals, filed a lawsuit on her behalf against the owners of Sports Connection, Ricky and Sylvia Root, in Jefferson County District Court.

Court records show that a final judgment was entered on Sept. 6, stating that the defendants have agreed to settle the suit for $50,000.

The lawsuit states that on May 26, 2011, Guillory, 9 years old at the time of the incident, went to Sports Connection on a school field trip.

She was operating a go-kart when it “suddenly stopped for no reason” in the middle of the track, causing another go-kart to strike her and suffer a “severe head injury,” the suit states.

“No one came to assist her when was unconscious on the go kart track,” the suit states.

“After Guillory regained consciousness, she unbuckled herself and ran across the track to get out of the way of the other go karts and find a chaperon.”

According the suit, Guillory required medical attention and received 12 stiches.

The suit alleged Sports Connection had a duty to inspect the go-kart and make sure all equipment was working properly.

The plaintiffs are represented by Port Arthur attorney Langston Adams.