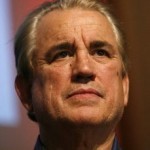 Houston attorney John O’Quinn made millions for himself and his firm by representing clients in suits against diet drug manufacturers and breast implant makers and tobacco companies. Before his death in 2009, O’Quinn had then put his efforts into silicosis cases.

Now a group of his silicosis mass tort clients claim the firm overbilled them and then conducted a cover up.

Thirty-three residents of Alabama and Mississippi, represented by The Kassab Law Firm in Houston, filed suit Dec. 14, 2012, in federal court for the Southern District of Texas-Corpus Christi Division.

“For over ten years, The O’Quinn Law Firm (‘O’Quinn’ or the ‘Firm’) at the leadership of its principle attorneys, John M. O’Quinn (‘Mr. O’Quinn’) and Richard Laminack in addition to the medical experts hand-picked the Firm, lead clients, the judicial system, defendants in the underlying case and opposing counsel to believe that its clients had silicosis in order to ‘fuel a silicosis litigation machine’ and generate millions of dollars in attorneys fees and expenses,” the suit states.

According to the suit, O’Quinn represented about 3,000 clients who were occupationally exposed to silica-containing products and materials and diagnosed with silica-related diseases. He filed suits on their behalf against numerous manufacturers and distributors of silica products.

These plaintiffs had been solicited by attorneys, law firms or screening companies to undergo medical screenings and then solicited to enter into contracts with law firms who referred the cases to O’Quinn to litigate their silicosis claims against the defendants.

Of the 3,000 plaintiffs, about 1,000 were filed in Texas state court and the rest were mainly filed in Mississippi and transferred to the Mississippi Multi District Litigation. The cases in this lawsuit were filed by O’Quinn directly in Corpus Christi federal court on or about Dec. 12, 2003, according to the suit.

The plaintiffs claim they were advised by attorneys to “travel to various places throughout Texas to undergo medical exams by screening companies and medical professionals hand-picked by the Firm and its attorneys.”

The companies included N&M Inc. and Repertory Services Inc., which had screening trailers that would travel to various locations to perform the screenings in the parking lots of hotels, strip malls or restaurants.

According to the suit, N&M would receive a referral fee in addition to the fees charged for the medical exams and the law firm would bill their plaintiffs for the additional expenses.

“Many times, if the screening came up negative, Plaintiffs were instructed to be rescreened, sometimes even three or four times, until they ultimately were diagnosed with silicosis,” according to the suit.

“Over the course of the silica litigation, the Firm paid over $1.7 million to Dr. Harron and N&M for their medical screenings, reports and referrals,” according to the suit.

The suit claims the firm "held hostage" more than $55 million in settlement funds by failing to disburse them to clients in a timely manner.

In addition, the firm deducted general expenses from the clients, the suit says. It claims there were a “huge number” of specific client charges that were billed to Silicosis General Expenses simply because “employees didn’t take time to look up client case numbers.’”

Firm employees also allegedly billed to Silicosis General work done in the Texas state cases that had nothing to do with the Mississippi MDL.

O’Quinn’s firm is also accused of billing overhead expenses to clients, including $1,000 dinner tabs, wine and liquor tabs, expensive cigars and hotel and meeting room costs and that Mr. O’Quinn billed flights on his private jet to the Silicosis General file.

In addition, the firm allegedly failed to investigate and assess individual claims, but instead entered into aggregate or global settlements and then “intimidated or coerced Plaintiffs into the settlement.”

The complaint states that when a group of former Texas silicosis clients brought suit against O’Quinn on overbilling allegations, the firm destroyed, shredded or altered documents over the course of several months.

The plaintiffs in this suit accuse the defendants of negligence, negligence per se, breach of fiduciary duty, breach of contract, fraud, constructive fraud, fraud by non-disclosure, misapplication of fiduciary property and violations of the Texas Deceptive Trade Practices Act.

“At the end of the day, Mr. O’Quinn, Mr. Laminack, the Firm and its attorneys placed their interests and the interests of the screening companies involved above those of its clients. This is the sad reality of O’Quinn’s approach to mass-tort litigation and this is the story of the residual victims of that approach, their clients.”