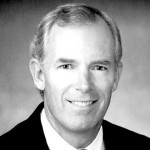 Editor's note: This op-ed first appeared in the Washington Examiner on Oct. 21, 2013.

A decade ago, the landmark tort reform bill called House Bill 4 was enacted following months of debate, including the testimony of more than 400 Texans in the state Capitol.

After a bruising legislative battle against forces backed by personal injury trial lawyers, legislative leaders commented that “history would decide” whether this comprehensive civil justice reform effort would prove to be good for Texas.

Ten years later, the results are in. House Bill 4 has been a key driver of the Texas economy making the Lone Star State the No. 1 job creator in the nation.

House Bill 4 included a number of common-sense laws that changed the litigation landscape in Texas. For example, lawyers can no longer extort legal fee-driven — but otherwise meritless — settlements from defendants in class action cases.

Because of the reforms passed in 2003, Texas law has provided that if a lawyer settles a class action by accepting free coupons for the plaintiffs, as they frequently do, then the lawyer must be paid in coupons as well.

Under House Bill 4, a plaintiff can no longer sue a “deep-pocket” defendant while ignoring the truly responsible — but financially insolvent — party.

After the 2003 reforms, Texas law allows juries to allocate fault among all parties who contributed to the plaintiff's injury, whether the plaintiff sued all of them or not.

Simply having deep pockets is no longer a good enough reason to be held entirely liable for a multimillion-dollar judgment in Texas when the defendant is found only partially at fault for the plaintiff’s injuries.

After all, if a party is found 40 percent at fault for causing the plaintiff’s injury, why should that party pay more than 40 percent of the damages?

Astoundingly, until the 2003 tort reforms, a plaintiff in Texas could recover money from a defendant to pay medical bills the plaintiff had not paid and did not owe.

After 2003, a plaintiff who was injured and received medical treatment cannot be awarded damages at trial for medical bills that have not been paid, are not owed and will never be paid by anyone.

House Bill 4 also provided enhanced liability protection to our state's schoolteachers and volunteer firefighters from being sued for doing their jobs in good faith.

The bill contained many other reforms, including medical liability reforms, which have leveled the litigation playing field, improving Texans’ access to high-quality health care and competitiveness in the world economy.

Tort reform has moved Texas from being “the lawsuit capital of the world” to the state that is leading the nation in job creation and business growth.

Texas is now home to more Fortune 500 companies than any other state.

A decade later, the Texas tort reform model proves that businesses thrive, expand and innovate when they are freed from the threat of costly, merit-less, job-crushing, lawyer-driven litigation.

Richard W. Weekley is the founder and CEO of Texans for Lawsuit Reform.