Parties seek to continue abatement of med-mal against Christus 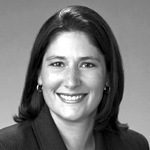 An agreed motion to continue abatement has been filed in a case alleging a baby was born with severe brain damage because of a lack of treatment.

Court records show that on Sept. 21, 2012, an unopposed motion for abatement was filed, stating that the parties agree it’s in their best interest to abate the case all the way through June 30.

During the abatement, Christus had agreed not to appeal the court’s decision to deny its objection to expert report and motion to dismiss.

To fulfill the requirements of Chapter 74 of the Texas Civil Code, Stevens filed two expert reports, one by Dr. Ezell Autrey, an obstetrician, and Anna Flournoy, a nurse, court records show.

Once the litigation resumed, a second motion to abate was heard and granted by Judge Bob Wortham, 58th District Court, on July 26, court papers say.

On Oct. 8 the parties filed their agreed motion to continue abatement, asserting that due to the nature of the alleged injures and the timing necessary for certain diagnosis the case should be abated until the minor’s 4th birthday, March 21, 2014.

The lawsuit states that on Feb. 1, 2010, Stevens, 40 weeks pregnant, presented to St. Elizabeth complaining of pain. She was discharged and returned the following day only to be discharged again.

“She returned the next day and Dr. Berry arrived two hours later. Ju’Kaylen’s heart rate steadily decreased over the next several hours,” the suit states. “Ju’Kaylen was born septic and with severe brain damage from lack of oxygen.”

Stevens alleges the defendants were negligent in assessing and treating the plaintiffs during the days before and after labor and delivery.

The plaintiffs are suing for their alleged past and future medical expenses, mental anguish, pain, impairment, disfigurement and lost wages, plus all court costs.