Refinery employee claims he was stepped on at work, sues Newtron 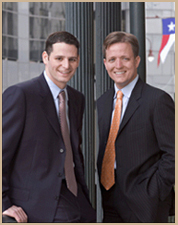 A Jefferson County man is suing over claims he sustained injuries after a Newtron employee stepped on him.

Palmer claims he was injured on Sept. 26 at the Motiva plant in Port Arthur, when he was stepped on by a Newtron employee who was descending from scaffolding .

The suit alleges the defendant didn't provide a safe work environment, didn't supervise or train employees or provide adequate safety equipment, resulting in Palmer injuring his neck and other parts of his body.

Palmer is seeking damages in the amount of the jurisdictional minimum, interest, attorneys' fees and court costs.

He is being represented in the case by Houston attorneys Jason A. Itkin, Cory D. Itkin and Noah M. Wexler of Arnold and Itkin LLP.

This is a report on a civil lawsuit filed at the Jefferson County Courthouse. The details in this report come from an original complaint filed by a plaintiff. Please note, a complaint represents an accusation by a private individual, not the government. It is not an indication of guilt, and it only represents one side of the story.