Katie's Seafood is sued after employee is injured at sea 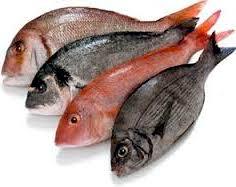 Katie's Seafood is being sued over claims it caused an employee serious injuries while at sea.

Matis claims he was employed by the defendant, a Galveston company, as a fisherman aboard the vessel, Black Jack 4, on Dec. 15. The suit alleges Matis sustained serious injuries when a deckhand negligently dropped the hatch cover on Matis's head as he was coming out of the ice hole, causing severe and debilitating injury to his head and neck.

The defendant is accused of:

Operating the vessel at a high rate of speed in choppy, dangerous conditions;

Failing to supervise its crew;

Failing to train its employees;

Matis is being represented in the case by Houston attorney Michael S. Tilton of Tilton and Tilton LLP.

This is a report on a civil lawsuit filed at the Galveston County Courthouse. The details in this report come from an original complaint filed by a plaintiff. Please note, a complaint represents an accusation by a private individual, not the government. It is not an indication of guilt, and it only represents one side of the story.