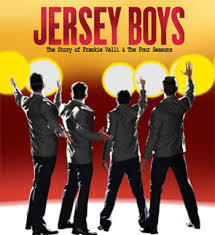 The story of the Four Seasons singing group has been made into a book, a Broadway play and now a major motion picture, but a Texas woman is still waiting for her late husband to get recognition for his part in telling the group’s story.

Plaintiff Donna Corbello is the widow of Beaumont attorney Rex Woodard. She filed a suit Dec. 28, 2007, against Thomas Gaetano DeVito, one of the original members of the Four Seasons. She claims DeVito wrote a book in 1991 that was identical to one written by Woodard and that the book became the basis for the “Jersey Boys” musical.

Corbello’s suit was first filed in federal court in the Beaumont Division of the Eastern District of Texas, but was transferred to Nevada federal court in July 2008, because defendant DeVito lives in Las Vegas. The case has been winding its way through the court, and the last docket entry dated Feb. 5 set a trial date for Feb. 17, 2015, in Las Vegas with Judge Robert C. Jones presiding.

As the Southeast Texas Record previously reported, Woodard was a Beaumont attorney and a freelance music writer. He had been a big fan of the Four Seasons and wrote an article on the early days of the band, then decided he wanted to write a book about them. Woodard began interviewing band members, and began to notice some discrepancies in the men’s stories and some missing years during the story of their rise to fame.

The suit claims DeVito contacted Woodard and said he had “the real scoop” on the early days of the group.

According to the lawsuit, DeVito revealed to Woodard that he and other band members, with the exception of lead singer Frankie Valli and Bob Gaudio, were involved in criminal activities, spent time in prison and may have had connections to the Mob.

“These accounts differed radically from the public’s perception of the Four Seasons as clean-cut kids singing in tuxedos on the Ed Sullivan Show, and Mr. Woodard was intrigued,” the suit states.

Woodward sent a letter to DeVito on Dec. 1, 1988, stating the terms they had agreed on: DeVito would get “top billing” but Woodard’s name would also appear on the published work and Woodard would share in the royalties.

Woodard then got to work on DeVito’s story, utilizing his interviews and memorabilia as well as legal documents.

The writer and the singer remained in contact and “as Mr. Woodard completed each chapter of the work, he sent a copy to defendant” and the two would discuss any desired changes.

The suit claims the attorney turned up a copyright registration for a literary work titled “Tommy DeVito — Then and Now” with DeVito as the sole author. The registration was dated Jan. 11, 1991, which Corbello said was just as her husband’s health was declining.

The plaintiff claims the text was “identical to the work written by Mr. Woodard,” except for the title page.

“In fact, with the exception of the title page, the work deposited in support of Registration No. Txu 454118 is a photocopy of the manuscript typed by Mr. Woodard’s secretary,” the complaint states.

DeVito has denied that he showed Woodard’s manuscript to anyone, and claimed he had only “told stories to the writers and director.”

Woodard’s widow is arguing that the Dec. 1, 1988, letter between Woodard and DeVito constitutes a valid and enforceable contract.

In a 2012 ruling, Judge Jones found that the agreement made DeVito and Woodard 50 percent joint owners of the work, but DeVito argues that he is the sole author because he had final creative control.

Corbello is represented by Greg Guillot of Dallas and Robert McKirgan of Lewis & Roca LLP in Phoenix.

The Broadway production of “Jersey Boys” received four Tony Awards, including Best Musical. A movie version of the play, directed by Clint Eastwood, was released June 20.