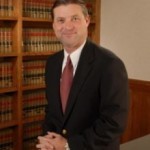 A Texas judge is ready to dismiss more than a 1,000 asbestos and silica cases for failing to have medical reports filed by a Sept. 1 deadline, but the plaintiffs’ attorneys say that deadline is unconstitutional.

Tort reforms enacted by the Texas Legislature in 2005 mandated that plaintiffs who said they were harmed by asbestos exposure submit a report showing that they have been diagnosed with a malignant asbestos-related cancer and that is was specifically asbestos exposure that caused their illness. The medical report must include a physical examination of the plaintiff and a detailed occupational, exposure, medical and smoking history.

At the time the reform law was enacted, all pending litigation that didn’t allege malignant asbestos was moved to an inactive docket until required reports were submitted. But the new law did not include a compliance date, so many cases have lingered for years.

Last year, lawmakers passed House Bill 1325, which required all asbestos plaintiffs whose cases were pending in multidistrict pretrial court to file an expert medical report no later than Sept. 1, 2014, or face dismissal.

Harris County Judge Joseph Halbach Jr. is faced with about 5,000 cases pending in Texas State Silica Products Liability Litigation multi-district pre-trial court that have not met the medical report deadline. Halbach notified plaintiffs’ attorneys that he intends to dismiss their cases on Oct. 20.

A group of attorneys representing about 1,000 plaintiffs is fighting the deadline, claiming the changes to Subsection 90.010 of the Texas Civil Procedures and Remedies Code are unconstitutional. In March, they filed a motion to stop enforcement of the statute, but Halbach rejected their argument in August.

On Sept. 22, the plaintiffs submitted an appeal to the Texas Supreme Court to have the law declared unconstitutional.

In April after the plaintiffs attorneys filed their motion, Harvey Ferguson Jr. of the Defense Liaison Steering Committee wrote to the counsel that since they failed to provide or “make the effort to serve” a report that complies with Chapter 90, the defense will continue to oppose their motions.

“It is our position that you cannot bypass the obligations of the statute or circumvent Defendants’ opportunity to file objections specific to each plaintiff,” he wrote.
“We will seek dismissal of your constitutional challenge until each claimant has shown how the statute is allegedly unconstitutional when applied to his or her particular circumstances.”