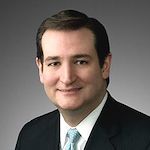 Never before has it been so easy to turn an idea into a business. With a simple Internet connection, some ingenuity and a lot of hard work, anyone today can create a new service or app or start selling products nationwide.

In the past, such a person would have to know the right people and raise substantial start-up capital to get a brick-and-mortar store running. Not anymore. The Internet is the great equalizer when it comes to jobs and opportunity. We should make a commitment, right now, to keep it that way.

The next generation of Internet-connected devices, apps and services will generate trillions of dollars of global economic growth in the years ahead. And Americans are perfectly poised to take maximum advantage — if the government doesn’t take those opportunities away in the form of crushing taxes, rules and regulations.

Yet the threats from Washington to stifle freedom, entrepreneurship and creativity online have never been greater. Washington politicians want the money, and they want more and more control over our speech.

Four basic principles should guide policymakers, in a bipartisan manner, to preserve America’s leadership role in developing the future of the Internet.

First, we must abandon the idea of further taxing Internet access and sales. At this very moment, online retailers face an enormous threat because Washington may pass a massive, new Internet sales tax during the next two months, in the lame-duck session of Congress. As the hashtag puts it, #NoNetTax.

Such a tax would force online retailers to comply with every sales tax jurisdiction in the country. There are more than 9,600 state and local sales tax jurisdictions across the nation. Forcing small online retailers to track all of them, keep records and collect the taxes, or risk being penalized for noncompliance by distant governments over whom they have no control, is simply not fair.

But lobbyists in Washington love the Internet sales tax because it benefits big business at the expense of the mom-and-pop online retailers — many of whom are women, minorities or young people struggling to achieve the American dream.

It would be a crying shame if the first thing Republicans do after winning a historic election is return to Washington and pass an unprecedented, massive new tax requirement — up to $340 billion over 10 years — on Internet sales nationwide.

Instead, the new Republican Congress, when it is sworn in, should demonstrate its commitment to a free, thriving Internet by making permanent the ban, originally signed into law by President Bill Clinton, on imposing any additional taxes on Internet access.

Second, we should dismiss all plans to give nations hostile to human rights and democracy more influence over Internet policy.

This year, the Obama administration took steps to end its contract with ICANN, a California nonprofit organization that manages basic Internet functions, including the creation of Web addresses and domain names. Once this contract expires, ICANN will be governed by a global, multi-stakeholder community that could grant nations such as Iran, Russia and China more authority over the rules and regulations that govern the Internet.

The likes of Russian President Vladimir Putin, Iran’s Ayatollah Ali Khamenei and Chinese President Xi Jinping should not dictate what can be read, written, distributed, bought and sold on the Internet. Countries that do not give their own people the right to speak freely deserve no say in what Americans can say and do on the Internet.

Third, we must promote growth in the technological sector, a consistent bright spot for the U.S. economy. But we won’t realize more of that dynamic growth unless we keep the Internet free from the kind of unnecessary regulation that is strangling our health-care, energy and banking industries.

And one of the biggest regulatory threats to the Internet is “net neutrality.”

In short, net neutrality is Obamacare for the Internet. It would put the government in charge of determining Internet pricing, terms of service and what types of products and services can be delivered, leading to fewer choices, fewer opportunities and higher prices.

President Obama this week came out aggressively for net neutrality and turning the Internet into a public utility. Some in the online community have embraced this call, thinking that cheaper prices would result. But when has that worked? Government-regulated utilities invariably destroy innovation and freedom. Which is more innovative, the U.S. Postal Service or Facebook and Twitter? Which is better for consumers, city taxi commissions or Uber and Lyft?

If the federal government seizes the power to regulate Internet pricing and goods and services, the regulations will never end.

Fourth, we must recognize that our constitutional rights are digital rights, too. In 2012, those who care about Internet freedom were shocked as bills such as the Stop Online Piracy and Protect IP acts, which would regulate speech on the Internet under the guise of protecting property rights, started gaining popularity in Washington. Thankfully, online activists were quick to mobilize to protect their free-speech rights. But we must remain vigilant. Intellectual property must be defended, but any threat to quell speech on the Internet must be treated seriously and subsequently defeated.

We don’t leave our constitutional rights behind when we go online. The same commitment to the principles of liberty that made the United States the greatest economic superpower that the world has ever seen must prevail in the virtual world as well.

We should keep the federal government out of the business of regulating the Internet. The United States has always been a place where someone with nothing can achieve anything. Freedom allows that social mobility, and the Internet is a haven for that entrepreneurial freedom.

Call it the American Dream 2.0.