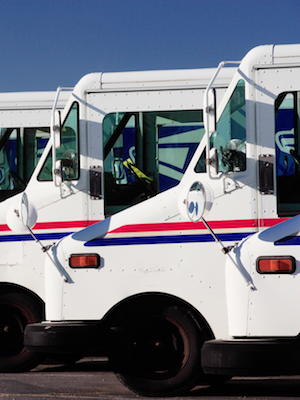 BEAUMONT – Two people are suing the United States over injury claims after a U.S. Postal Service truck collided with their vehicle.

Ruth Fontenot and Richard Benjamin filed the lawsuit June 19 in the Beaumont Division of the Southern District of Texas, against the United States of America, citing negligence.

According to the complaint, on June 29, 2013, the plaintiffs' vehicle was hit by a USPS mail truck, owned by the defendant and negligently operated by Decarlos Hawthorne. The suit says the driver was texting when he collided with Fontenot's vehicle at the intersection of Delaware and Jirou streets in Beaumont.

Because the Postal Service is an agency of the U.S. government, the plaintiffs are bringing the suit under the Federal Tort Claims Act.

Both plaintiffs allege they suffered bodily pain as a result of the collision.

Fontenot and Benjamin seek damages including medical expenses, loss of earnings, court costs and attorney fees. Specifically, Fontenot seeks $137,000 while Benjamin seeks $500,000. They are represented by attorneys Jonathan C. Juhan and J.J. Bragg, both of Beaumont.