A litigious look at the Dallas attorney who represents ‘clock boy’ 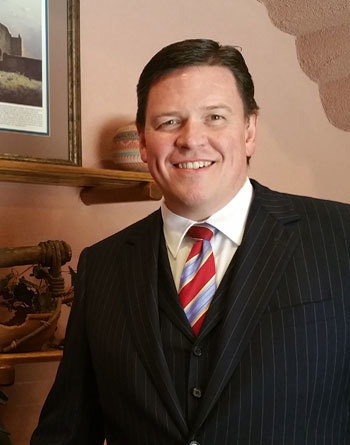 For the past several weeks, the story of Ahmed Mohamed, the teen who became known as “clock boy” after being arrested for bringing a homemade timepiece to school in a pencil case, swept through the national media, provoking the passions of activists and staunch patriots alike.

On Nov. 23 Ahmed’s story transcended the political stage and pierced the legal arena when the Mohamed family’s attorney, Kelly Dean Hollingsworth, delivered a letter threatening litigation against the city of Irving, unless Mayor Beth Van Duyne apologized and surrendered $10 million from the city’s treasury as compensation.

In a somewhat lesser move, Hollingsworth, a partner at the Plainview law firm Laney & Bollinger, also went ahead and demanded $5 million from the Irving Independent School District.

The scope and potential notoriety of Hollingsworth’s expected lawsuit against the city of Irving may be more of a high profile case than the attorney is accustomed to, if his most current cases are any indication.

In Dallas County, which encompasses Irving, one of Hollingsworth’s latest district court filings came Jan. 12, a personal injury lawsuit brought over a 2013 automobile collision that was nearly dismissed for want of prosecution on several occasions, according to the county’s online records.

Hollingsworth does have some experience with litigation involving governmental entities, however, as court records show Dallas County filed suit against him in 2010 for tax years 2007 - 2010.

Also in 2010, Hollingsworth filed a suit of his own against Deutsche Bank National Trust and Litton Loan Servicing, seeking exemplary damages over the foreclosure sale of his Duncanville home.

The following year, Hollingsworth and his previous law firm, K. Hollingsworth & Associates, brought a breach of contract suit against a trio of former clients, alleging they had agreed to cooperate in the prosecution of litigation and refrain from settling any litigation without his participation.

While Texas may be home to an abundance of mega donor trial lawyers, such as Steve Mostyn, Walter Umphrey and Mark Lanier to name a few, Hollingsworth is not likely numbered among them.

A search on followthemoney.org turned up a single listing for a Kelly Hollingsworth in Texas, occupation attorney – a $10 donation made to ActBlue in 2014.

Following law school, Hollingsworth was an associate with the law firm of Haynes & Boone and a senior associate at the Dallas office of Bickel & Brewer, a national litigation boutique, according to his firm’s website.

Prior to joining Laney & Bollinger, Hollingsworth had his own firm, was a partner at Travis, Calhoun & Conlon, the law firm of Godwin Gruber and the Dallas office of Glast, Phillips & Murray.

He received his Bachelor of Science degree from Texas Christian University and earned his Doctor of Jurisprudence from Rutgers University School of Law.

Hollingsworth has not yet responded to requests for comment.