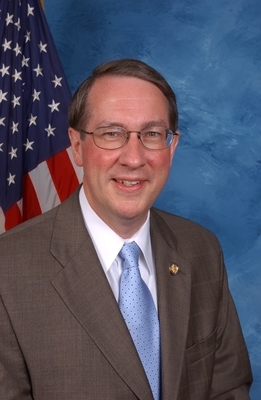 WASHINGTON (Legal Newsline) – Under threat of a presidential veto, the U.S. House of Representatives on Friday passed a bill that targets class action lawsuits and the asbestos injury compensation system.

H.R. 1927 combines the Fairness in Class Action Litigation Act and the Furthering Asbestos Claim Transparency Act, or FACT Act. After hours of debate and the rejection of several Democrat-proposed amendments, the Republican-controlled House passed the bill in a 211-188.

Sixteen Republicans voted against the bill. No Democrat voted for it.

Democrat John Conyers, of Michigan, noted that President Barack Obama has issued a veto threat should the bill make it through Congress.

House Judiciary Committee Chairman Bob Goodlatte, R-Va., introduced the class action bill in April. It was merged last month with the FACT Act, which first passed the House in 2013 and whose sponsor is Rep. Blake Farenthold, R-Texas.

Goodlatte said it is the practice of class action attorneys to artificially make classes seem bigger than they are to drive up their fees. The bill would direct judges to decide early on in cases which proposed class members are significantly and comparably injured and those who aren’t.

“That’s fair to everyone,” Goodlatte said.

In response, Conyers said the bill shields corporate wrongdoers “by making it more difficult for those who have been harmed by their actions from obtaining justice and allows these wrongdoers to further victimize their victims.”

The FACT Act would increase transparency in the asbestos trust system, in which approximately 100 companies that were targeted frequently by asbestos suits declared bankruptcy to establish trusts to compensate victims.

It would require quarterly reports on claims made to the trusts while taking measures to protect claimants’ personal information.

After several votes on amendments, Farenthold stood to speak against a proposed amendment regarding the security of minors' information.

Frustrated, Farenthold noted protections are already in place that limit the release of information to a minor's initials, exposure claim and the last four digits of a social security and bank account number.

"I am stunned by the amount of people who haven't read this three-page bill," he exclaimed.

The amendment was defeated by roughly the same margin as the others.

The bill would also require trusts to respond to information sought from them by defendants in asbestos lawsuits. Defendants in those suits want to ensure that plaintiffs attorneys aren’t fully blaming their products while also blaming the products of companies that established trusts.

It is a practice that was brought to light in Garlock Sealing Technologies’ bankruptcy proceeding. In January 2014, U.S. Bankruptcy Judge George Hodges ruled in a landmark decision that plaintiffs attorneys had been withholding evidence that could have been submitted to trusts while pursuing lawsuits against Garlock.

They did so in order to maximize recovery in both systems, he ruled.

Garlock had been permitted full discovery into the claims of 15 individuals and eventually filed racketeering lawsuits against the law firms that represented them.

“It appears certain that more extensive discovery would show more extensive abuse,” Hodges wrote. “But that is not necessary because the startling pattern of misrepresentation that has been shown is sufficiently persuasive.”

Ultimately, Hodges ordered Garlock to put $125 million in its trust – more than $1 billion less than plaintiffs attorneys had requested. Hodges ruled that Garlock’s past record of verdicts and settlements was not an indicator of future liabilities because of the actions of plaintiffs attorneys.

Garlock eventually agreed to put more than $350 million in its trust.