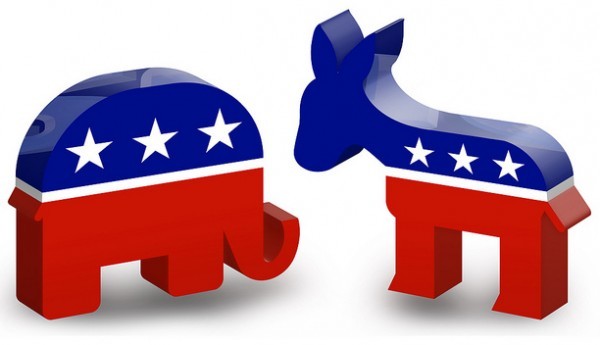 In an election season abounding with ironies, one of the strangest is the campaign now being waged by Houston personal injury trial lawyer Jared Woodfill to lead the Republican Party of Texas. The RPT platform, you see, advocates tort reform and opposes frivolous lawsuits, whereas Woodfill has a deplorable record of bringing meritless lawsuits and engaging in questionable litigation tactics. Texas’s long run of economic prosperity is due in large part to the “Texas Miracle” promoted by former Gov. Rick Perry, the centerpiece of which is a sensible, business-friendly legal system. Two decades ago, proponents of a balanced civil justice system, led by Texans for Lawsuit Reform, fought long and hard to pry the state’s judiciary and legislature out of the rapacious hands of Woodfill’s lawsuit-happy colleagues in the plaintiffs’ bar. The delegates to the upcoming GOP state convention, being held in Dallas from May 12-14, could jeopardize Texas’s comprehensive tort reform model by electing a fox to guard the proverbial hen house.

Woodfill, who previously served as GOP chair in Harris County for 12 years, put his sights on the state party only after losing his reelection bid in 2014—in other words, when he was fired by the voters in Harris County. In 2015, Woodfill lost a prior bid to chair the RPT in a four-way race to fill the remainder of Steve Munisteri’s term (Munisteri, an acclaimed chair, resigned to work on Sen. Rand Paul’s ill-fated presidential campaign). But, like the tenacious trial lawyer that he is, Woodfill doesn’t give up easily. The 2015 victor, incumbent RPT chair Tom Mechler of Amarillo, will soon face off against Woodfill again at the state convention in Dallas. Woodfill is promoting himself as an outspoken social conservative, pointing to his role in the successful battle to defeat the controversial HERO (transgender bathroom) ordinance in Houston. The soft-spoken Mechler, in contrast, is a party-building leader focused on the nuts-and-bolts of fundraising, field operations, and candidate recruitment. (Tellingly, Munisteri backs Mechler.)

For obvious reasons, Woodfill downplays his professional activities, recognizing that most GOP activists are understandably leery of personal injury lawyers, who are overwhelmingly liberal Democrats. Mega-donor Steve Mostyn is just one example. But Woodfill is not just a plaintiffs’ trial lawyer; he exemplifies all the negative characteristics usually associated with that sordid profession: greed, questionable ethics, and dishonesty.

For example, while serving as Harris County GOP chair, Woodfill filed a widely-publicized mass tort lawsuit against a manufacturer of railroad ties, claiming that the creosote used to treat the wood caused various injuries and diseases, including cancer, to employees and residents near the Somerville, Texas plant. The lawsuit was financed through a risky seven figure loan by a New York hedge fund at very high interest rates. As with all such “contingent fee” cases, Woodfill was gambling that a large verdict or settlement would allow him to repay the loan and still net a windfall of tens of millions of dollars in legal fees. It didn’t work out that way. Woodfill’s bet didn’t pay off. The manufacturer vigorously defended the meritless suit, and the claims were ultimately thrown out when Woodfill was unable to prove that creosote caused any injuries. With interest, Woodfill owed the hedge fund lenders $30 million, with no recovery to show for. When Woodfill defaulted on the loan, the lender sued him for repayment, leading to this unflattering headline in the Houston Chronicle: “Lawsuit alleges GOP chairman on the hook for $30 million.” Imagine the chagrin of Harris County Republicans when they discovered that their leader was an ambulance chaser and a deadbeat!

Even worse was Woodfill’s ignominious role in a 2014 divorce case. Woodfill represented the wife in a highly-acrimonious divorce proceeding in Harris County family court. When the case was in process, Woodfill persuaded the judge to order the husband to pay Woodfill’s firm $149,500 in attorneys’ fees on behalf of the wife, based on a false representation that the wife was in arrears on legal fees. (In fact, Woodfill was holding over $100,000 in his trust account as the wife’s unspent retainer). When the husband refused to pay, Woodfill and his client sought to have the husband jailed for contempt of court. To protect himself, the husband filed for bankruptcy. Woodfill then moved to dismiss the husband’s bankruptcy filing, claiming that it was brought solely to avoid paying him the $149,500, as ordered.

Following a 12-day hearing, in May 2015 the federal bankruptcy court turned the tables on Woodfill, finding that the original order of attorneys’ fees was obtained by Woodfill “through fraudulent representations.” (In re Castillo, U.S. Bankruptcy Court for the Southern District of Texas, Case No. 15-31471, Order Confirming Third Amended Combined Plan of Reorganization, entered March 18, 2016) Woodfill’s law firm ultimately agreed to pay $135,000 to a federal bankruptcy trustee to compensate the husband for the damage caused by Woodfill’s unethical acts. The bankruptcy court ruling (portions of which are available here) is laced with references to Woodfill’s “misrepresentations” and findings that he “fraudulently induced” the family court judge to make an unwarranted order awarding fees to Woodfill.

Woodfill’s allegiance to other plaintiffs’ trial lawyers is evident in his support of Democrat trial lawyer Ben Hall over Republican businessman Bill King in last year’s Houston mayor’s race. The failure to unite behind King resulted in the disastrous election of Democrat Sylvester Turner in a close runoff. Moreover, Woodfill is deeply enmeshed in the disreputable cabal of trial lawyer-dominated “pay-to-play” slate mailers run out of Houston, which in 2014 attempted to unseat three incumbent justices on the Texas Supreme Court with “ringers” from the plaintiffs’ bar. The unsuccessful effort to unseat three sound GOP jurists in 2014 was funded in part by “Texans for Family Values,” a deceptively-named PAC associated with Houston trial lawyer Mark Lanier that has also supported Woodfill. Birds of a feather….

Do Texas Republicans really want as state chair a plaintiffs’ lawyer whose loyalties are divided, and whose professional conduct has been condemned by a federal judge? The RPT platform is opposed to “frivolous lawsuits” and the “abusive use of class action lawsuits.” (Page 34) The platform further states: “We strongly support continuation of common sense tort reform that puts justice back into our civil justice system.” (Page 10) At the upcoming state convention, the GOP delegates can demonstrate their commitment to those principles by declining to elect as chair a poster child for lawsuit abuse. TLR endorses Tom Mechler, for good reason. Jared Woodfill would be a disaster—and an embarrassment.

The RPT should keep the fox out of the hen house.

Mark Pulliam is a retired lawyer and Republican activist living in Austin.

Want to get notified whenever we write about Texas Supreme Court ?

Sign-up Next time we write about Texas Supreme Court, we'll email you a link to the story. You may edit your settings or unsubscribe at any time.