CORPUS CHRISTI – A Texas attorney is taking the case of a 15-year-old Mexican boy killed by a U.S. Border Patrol Agent in a cross-border shooting to the highest court in the United States.

Bob Hilliard, founding partner at Hilliard Muñoz Gonzales LLP in Corpus Christi, has taken up the cause of Sergio Adrian Hernandez Guereca, a young Mexican citizen killed by U.S. Border Patrol Agent Jesus Mesa, who shot the teen as the unarmed boy stood yards away in Mexico. 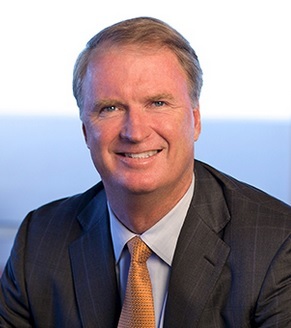 Hilliard told The Record he will argue the Constitutional issue before the U.S. Supreme Court on Feb. 21 to present oral argument that the protections of the Constitution's Fourth Amendment apply.

“There are a couple of points,” he said. “First, Does the Fourth Amendment apply? Second, does the officer have qualified immunity because he did not know shooting Mexicans was a violation of the Constitution (no case or court has ‘put him on notice’)” Third, does the family have a Constitutional damage remedy under a case called Bivens?”

The Guereca shooting occurred in June 2010. According to a witness, the agent shot the teen twice.

Guereca’s shooting wasn’t the first time that a Mexican citizen had been shot from across the border by a border agent.

“At least 10 times Border Patrol agents have shot across the border in recent years (cross-border shootings) resulting in six deaths,” Hilliard told The Record. “To date, attempts to hold agents accountable for their actions have failed because the victims were Mexican citizens standing on Mexican soil.”

Hilliard explained that the U.S.-Mexican border serves as a symbol, more than just the physical end of one country and the beginning of another.

“It is a reminder of an indisputable and permanent connection of cultures and peoples, of shared lives and daily interactions,” he said in a press release.

Hilliard added that the border was never meant to mark the end of rule of law and civil protections.

“This would be a typical excessive force case against the rogue officer with the types of damages available to the family as is usually found in this litigation,” he added.

A previous decision by the U.S. Fifth Circuit Court of Appeals dismissed efforts to bring those responsible for Sergio's death to justice, suggesting that the teenager was not protected by the U.S. Constitution, because he "was on Mexican soil at the time he was shot."

"Our Constitution is strong enough to protect the most vulnerable and innocent of our southern neighbors," said Hilliard in the release. "The Fourth Amendment prohibits unjustified use of deadly force."

The high court will decide if Sergio's family can sue the U.S. Border Patrol and whether the U.S. Constitution protects noncitizens like Sergio, who are the victims of a U.S. agency's alleged excessive force.

Hilliard noted that there currently is a split in the cases regarding the right of the victim to sue in the U.S.

“The officer was standing in the U.S. when he fired the shot and his victim was feet away,” he said. “Under the government’s view in my case, the U.S. Constitution does not apply to the officer and does not constrain him from killing a non-threatening, unarmed boy for the sole reason the boy was in Mexico,” he said. “Had Sergio been shot a few feet north, then the U.S. Constitution’s 4th amendment prohibiting unreasonable excessive force would have applied. It's nuts. No facts change, but location – and the Constitution should not be a light switch that the officer can turn on and off.”

“The original undercurrent of the current socio-political climate has become the tidal wave of the case,” Hilliard said. “Our foundational argument is separations of powers. The executive branch of the government cannot be given a blank check to do what it wishes and act how it pleases while thumbing its nose at the Constitution and the right/duty of the judiciary to be the ‘constitutional check’ on their actions.”

Want to get notified whenever we write about U.S. Supreme Court ?

Sign-up Next time we write about U.S. Supreme Court, we'll email you a link to the story. You may edit your settings or unsubscribe at any time.