SAN ANTONIO – Although he lost in the Democratic Primary last month, Bexar County District Attorney Nico LaHood had his campaign bolstered with $110,000 in contributions from lawyers he hired to represent the county in an opioid lawsuit.

Not only in Texas, but also all across the nation, hundreds of counties and cities have filed multimillion-dollar lawsuits against the makers of opioids, alleging drug manufactures knew of the dangers but placed profits above the public good. 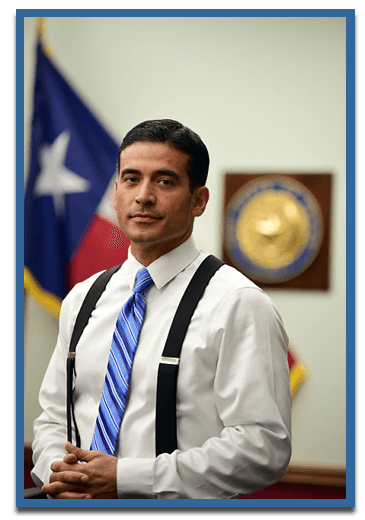 An open records request shows the county judge signed off on the agreement on Jan. 19 – the same day LaHood brought the contract before the Commissioners Court for approval.

A few weeks later, San Antonio attorney Martin Phipps, a partner at Phipps Anderson Deacon, donated a total of $100,000 to LaHood on Feb. 8, according to campaign finance reports.

Phipps, however, did more than just fork over cash to LaHood’s campaign.

Only 20 days prior to the Phipps firm signing the contract, the trial lawyer hosted a fundraiser for the district attorney on Nov. 15 at the Paramour, a rooftop bar at the Phipps building in downtown San Antonio.

The donation came 22 days after Mikal Watts, the firm’s co-founder, inked his name on the contract.

According to the contract, the Phipps firm will haul in 50 percent of the attorney’s fees collected from the county’s opioid lawsuit, while the three remaining firms divvy up what’s leftover.

In most of those cases, the three firms are charging an hourly rate of $950 for partners. Bexar County, on the other hand, is being hit with an hourly rate of $1,000 for named partners, including Watts, Frank Guerra, Michael Gallagher, and Thomas Fibich.

Other than Bexar, the Record did not find any other Texas counties represented by the Phipps firm in opioid litigation.

Phipps did not return a request for comment, which sought to ascertain why the attorney’s firm would collect the majority of the fees.

Also, Bexar County was unwilling to divulge everything related to the opioid litigation.

On Feb. 28, LaHood requested a decision from Attorney General Ken Paxton declaring that “portions of the requested materials may be withheld from disclosure.”

LaHood did not respond to a request for comment.

Following his defeat to Joe Gonzales in the March Primary, LaHood blamed outside money for the loss, saying Gonzales’ chief supporter, billionaire George Soros, “unfairly influenced” voters with “$1 million worth of lies,” according to a March 7 Rivard Report article.