Court: Houston company within rights to end 'in perpetuity' agreement with software company

HOUSTON (SE Texas Record) — A Texas company that ended its agreement to use another company's software "in perpetuity" had every right to do so, a state appeals court said in a recent ruling.

Software developer Polaris Guidance Systems, LLC, based in Spring, appealed that dismissal. Polaris has been suing EOG, alleging breach of contract and promissory estoppel in what the appeals court called "construction of an unambiguous contract contained in multiple writings." 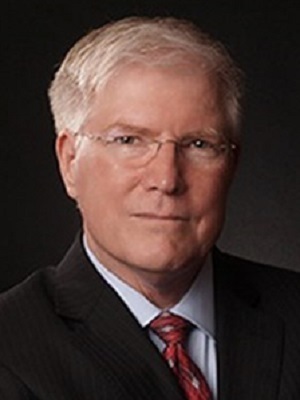 "Having overruled each of Polaris' issues necessary for final disposition of the appeal, we affirm the trial court’s judgment," the appeals court said in its opinion.

In February-March 2014, Polaris and EOG Resources signed agreements for EOG to use Polaris' software to monitor EOG oil and gas wells, according to the background portion of the appeals court's opinion.

"EOG Resources paid Polaris more than $350,000, including a lump sum payment of $150,000 for the software license and the right to use the software in perpetuity," the opinion said.

EOG continued to pay Polaris invoices until 2016, when EOG decided to go with another system for oil and gas well monitoring and informed Polaris of its intent to reduce the services from Polaris. In response, Polaris informed EOG that it "was locked into a perpetual service arrangement and could never terminate the services and related annual payment obligations to Polaris," the opinion said.

In May 2016, Polaris demanded accelerated payment of what they could expect for 10 years under their agreement, to which EOG countered with a final payment for "services performed prior to termination" an all Polaris equipment included in their deal.

The lower court granted summary judgment, denied all Polaris claims against EOG and declared "that EOG has the right to terminate its agreement with Polaris and that EOG exercised such authority and terminated the agreement and paid all sums due and owing to Polaris."

Polaris argued that the trial court had been wrong when it granted EOG summary judgment based on the 30-day written notice termination provision in the master service agreement (MSA) between the two companies.

The appeals court found the license agreement did not supersede the MSA, which meant the MSA's 30-day written notice termination provision remained in effect and the trial court was not wrong to grant summary judgment on that basis, according to the opinion.

Want to get notified whenever we write about EOG Resources ?

Sign-up Next time we write about EOG Resources, we'll email you a link to the story. You may edit your settings or unsubscribe at any time.