A condensed version of this essay first appeared in City Journal on May 6, 2019 (here).

Labor unions share many similarities with bar associations. Both types of organization are government-sanctioned cartels which often require individuals involuntarily to subsidize the group’s political activities in order to be able to earn a living. It is not surprising, therefore, that in the wake of the Supreme Court’s ruling last year in Janus v. AFSCME, declaring the mandatory payment of “agency fees” by objecting employees to be unlawful for public-sector unions, lawyers around the country are beginning to challenge the obligation to pay dues to bar associations as compelled speech in violation of the First Amendment. 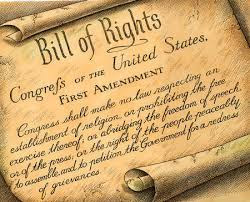 So far, lawsuits are pending in North Dakota, Oklahoma, Oregon, Wisconsin, and Texas. (Disclosure: I am one of the plaintiffs in the Texas case.) The North Dakota case, Fleck v. Wetch, has already made it to the Supreme Court once. In December 2018, after the Janus decision was handed down, the Supreme Court overturned an Eighth Circuit ruling that had upheld mandatory bar dues in North Dakota, and remanded the case “for further consideration in light of Janus.” Many observers interpreted the remand instructions as a strong signal that Janus applied to bar associations, contrary to the position argued by the North Dakota bar authorities. 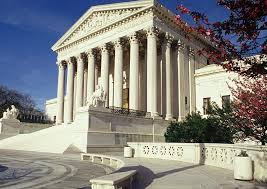 There are, thankfully, far fewer lawyers in the United States than unionized government employees—around 1.3 million versus 7.2 million—but the political influence of bar associations is nevertheless very significant, particularly in matters involving the legal system and the judiciary. As the Wall Street Journal recently observed, “the bar is not merely a professional organization that sets ethical standards and disciplines lawyers. It is a quasi-government enforcement body.” Due to their presumed expertise, bar groups are especially influential when advocating for or against laws concerning the legal profession, which typically also affect the overall public.

Not all bar associations engage in political activities, however. While 31 states (those with an “integrated” or “unified” bar) require lawyers to belong to bar associations in order to practice law, 19 do not—proving that it is possible to regulate the legal profession without compelling financial support of political activities such as lobbying, proposing legislation, and taking positions on public policy issues. First Amendment caselaw requires laws that infringe on speech to serve a “compelling state interest” and represent the “least restrictive means” for accomplishing that objective. The fact that many states operate without mandatory membership (and dues) to a bar association strongly suggests that compulsory support of political activities is unnecessary.

Janus overturned a 1977 precedent, Abood v. Detroit v. Board of Education, which the Supreme Court relied on in 1990 to uphold mandatory bar dues—subject to a rebate mechanism for objectors—in Keller v. State Bar of California. The current round of challengers contend that Janus and related cases narrowed the scope of Keller (to the extent Keller remains good law at all), and that the 31 states requiring the payment of bar dues (not all of which provide for a Keller-style rebate) are in violation of the First Amendment. On this point, the Texas challengers received a boost on April 26 in support of their pending summary judgment motion. 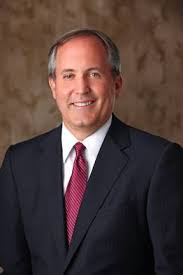 While the North Dakota case is further along from a procedural standpoint, the Texas lawsuit–filed on March 6–has the benefit of a “friend of the court” brief recently filed by Texas Attorney General Ken Paxton. With more than 120,000 members, the State Bar of Texas is second in size only to the California bar. The Texas bar, although technically an administrative arm of the Texas Supreme Court, is autonomously governed and receives no taxpayer funds. It operates entirely on membership dues and income from the sale of books, legal forms, and continuing legal education. Accordingly, the Texas bar retained private counsel (a five-lawyer team from the Houston-based behemoth, Vinson & Elkins), rather than the Texas Attorney General, to defend the lawsuit.

Paxton’s detailed, 12-page brief called the Texas bar’s use of mandatory dues to finance political activities unconstitutional under the authority of Janus, and urged U.S. District Court Judge Lee Yeakel to rule in favor of the challengers’ motion for partial summary judgment on liability. Paxton noted that he himself is a member of the State Bar of Texas, and therefore “has a vested interest in ensuring that the State Bar—which he is compelled to join and fund as a condition of his profession—does not violate the constitutional rights of its members.” 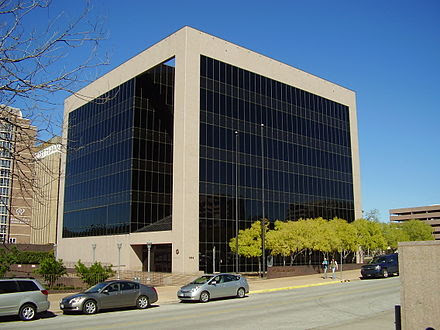 Laura Gibson, chair of the state bar’s board of directors, said that she was “disappointed” that Paxton sided with the challengers.  “No other attorney general has filed a brief supporting a claim a mandatory bar is unconstitutional, so he’s kind of an outlier in that regard,” she said. Judge Yeakel will rule on the challengers’ motion after it has been fully briefed and argued, and whoever loses can be expected to appeal to the Fifth Circuit. Whether any of the pending challenges will make it to the Supreme Court remains to be seen, but so far, only one has the state attorney general as an ally.

The lawsuit, an existential threat to the state bar, could force the organization to splinter into a mandatory organization that would handle disciplinary disputes and a voluntary organization that could put on educational programming and other events — or even force regulation of the legal profession into the Legislature’s hands.

Nothing could be further from the truth. Bar challengers do not wish to disband regulation of the legal profession altogether. Attorney licensure, discipline, client protection, and enforcement of ethics rules are vital regulatory functions.  The objection is to compelled financial support of bar associations’ political activities. Pursuant to the First Amendment, bar groups cannot charge mandatory dues unless they confine themselves to non-political functions. Voluntary groups, such as the American Bar Association, can spend their members’ dues however they wish. Janus forbids compelled speech in the form of government-mandated financial support to private organizations. Lawyers are merely seeking the same protection that the Supreme Court has afforded government employees.