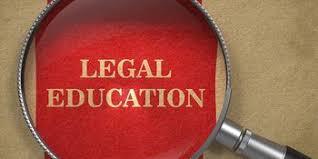 An abridged version of this essay originally appeared in City Journal on June 27, 2019 (here). The full version can be found on Misrule of Law.

Like many things in modern life, we have become inured to the current model of legal education through inertia, because it is ubiquitous. We are simply used to it. Yet the prevailing academic paradigm—three years of post-graduate study, using Socratic techniques and the case method–has a relatively-recent pedigree. Well into the nineteenth century, most lawyers in America learned their craft the same way Abraham Lincoln did, by studying the law under the tutelage of a practicing lawyer, as a de factoapprentice. Remnants of this tradition survived into the 20th century.

Supreme Court Justice Robert H. Jackson, who also served as Solicitor General, Attorney General, and chief American prosecutor at Nuremburg, was one of the most accomplished lawyers of his era. Yet Jackson was not the product of an elite law school. He passed the bar in 1913 after studying with a lawyer–his uncle–in upstate New York.

Now, however, the concept of “practical” legal education is often greeted with disdain. Elite law schools, staffed with highly-paid faculty with narrow fields of expertise, and who often lack any meaningful experience practicing law, deride the practical model as the equivalent of a “trade school”—a lengthy bar review course. Such criticisms fail to answer why students who complete a three-year course of study in the law should have to take an additional–and intensive–review course in order to pass the bar exam. Isn’t learning law the raison d’etre of legal education? Expensive supplemental bar review courses are necessary because elite law schools do not see their mission as teaching mere “nuts and bolts”; the tenured “doctrinal” faculty leave that to the lesser-caste of clinical instructors and adjuncts, post-graduation cram courses, and on-the-job training by law firms. These days, the professoriate at the nation’s leading law schools enjoy a light teaching load, allowing plenty of time for their primary mission: theoretical “research” and writing scholarly articles in student-edited law reviews to which few outside of legal academia pay attention. Law professors mainly talk to each other, in a hermetically-sealed academic bubble. Not surprisingly, therefore, legal scholarship tends to be divorced from black-letter law of use or interest to actual legal consumers (i.e., clients) or practitioners. As Washington University law professor Brian Tamanaha observed in his excellent 2012 book, Failing Law Schools, “Much of the research produced by law professors is standard academic fare, indistinguishable from scholarship one finds in political science, history, economics, and women’s studies departments.” [1]

Critics have savaged legal “scholarship” dating back to Fred Rodell’s famous 1936 article, Goodbye to Law Reviews, [2] but—mimicking other disciplines—in recent decades the legal academy has grown increasingly theoretical and impractical, and prone to ideological fads. As Tamanaha notes, “the scholarship of earlier generations of legal academics mainly involved the analysis of legal doctrine…. That is no longer highly regarded scholarly work.” [3] It speaks volumes that analyzing legal doctrine is now regarded as passé at many law schools. I don’t wish to reprise the critiques of legal education made by Tamanaha, Walter Olson [4], and others [5], or to retrace the pedagogical path leading to the present, [6] but only to point out the shortcomings of the current model: high costs, rising tuition, mounting student debt loads, poor skills training, uneven (and uncertain) job placement, and an increasingly-politicized professoriate. Many law graduates struggle to find suitable employment, even as some portions of the country face a shortage of lawyers. Despite paying lip service to the need for reform, most law schools maintain the status quo. The potential “disruptors,” such as the independent (but Catholic-oriented) Ave Maria School of Law and a small number of for-profit schools, have failed to produce superior results, such as lower tuition or higher bar pass rates.

On a recent trip to Knoxville, I discovered an unusual school that offers a sharp contrast to the prevailing model—Lincoln Memorial University’s Duncan School of Law. What initially caught my attention was LMU’s prominent downtown location, in the historic Old City Hall, near the campus of the University of Tennessee, home to the state’s venerable flagship law school. I assumed an “upstart” school would lack establishment respectability, but was surprised to learn otherwise.

Founded in 2009, the Duncan School of Law is named in honor of longtime Tennessee Congressman John J. Duncan, Jr., a Republican who served the Knoxville area from 1988 to 2019 (succeeding his father, John J. Duncan, Sr., who was elected to the same seat in 1964). The Duncan family represents a political dynasty in eastern Tennessee. Since 2015, a distinguished jurist, former Tennessee Supreme Court Justice Gary Wade, has served as dean of the law school. LMU’s facilities (leased from the city of Knoxville), affiliation, and leadership all evidence a high degree of establishment acceptance. What about academics? I had never heard of LMU, but it turns out that the non-profit liberal arts school, based in Harrogate, Tennessee, was founded in 1897. LMU has grown dramatically in the past 20 years under the leadership of Autry O. V. (Pete) DeBusk, chairman of LMU’s Board of Trustees. DeBusk, a successful Knoxville businessman and LMU alumnus, has overseen the establishment of numerous satellite campuses and LMU’s medical, veterinary, and law schools, all created to further LMU’s mission of serving the people of southern Appalachia.

LMU’s law school attracts non-traditional students, emphasizes skills-based instruction, and seeks to train lawyers who will service the legal needs of ordinary people in rural areas of the state, primarily as solo practitioners or attorneys working at small firms. Starting with the admissions process, LMU’s focus is preparing students throughout their studies to pass the bar exam and become functioning lawyers.

Now fully accredited by the ABA, LMU’s law school has a relatively small enrollment (around 265 students), with both full-time and part-time study. (The law school discontinued its evening program in 2016.) By keeping enrollment low and emphasizing practical learning, LMU has been able to deliver bar pass rates for its graduates at or above the state-wide average for other ABA-approved law schools (unlike many other “lower tier” schools elsewhere) and a claimed employment rate of 96 percent for the class of 2015.

LMU emphasizes rigorous instruction in skills essential to law practice. For example, LMU requires three semesters of legal research and writing (instead of the customary two), has a core curriculum in which three-quarters of the students’ courses are required (as opposed to leaving course selections during the second and third years of study up the student), and requires six credits of experiential learning. Class attendance is mandatory. Although LMU does not yet have a clinical program, its students work closely with Legal Aid of East Tennessee (which is adjacent to the LMU building), among other externship opportunities.

Moreover, although LMU is a private institution, tuition is reasonable ($36,840/year for full-time students)—especially net of scholarships offered to many students. (For a recent entering class, 97 percent of matriculants received some type of a scholarship and/or grant.)  In contrast, Vanderbilt University Law School’s tuition is $59,550/year, and the University of Tennessee’s non-resident tuition is $38,312/year. LMU was named a “Best Value Law School” by Prelaw Magazine in 2016. One way that LMU keeps its costs down is by having a small faculty, all of whom teach multiple courses each semester, sometimes in widely-different subjects, such as constitutional law and wills.  LMU also relies on adjunct faculty–drawn from Knoxville law firms–to teach specialized courses such as bankruptcy. I do not mean to suggest that LMU’s Duncan School of Law is better than its Tennessee counterparts (which include the nationally-ranked Vanderbilt), or that its model is superior to more typical schools—only that alternative approaches can deliver impressive results at a much lower cost. The fundamental purpose of law schools is to train lawyers to serve clients, only a small fraction of whom look to large, high-priced law firms for their legal needs. The practice of law mainly consists of helping ordinary people solve their legal problems, such as family law disputes, defending criminal charges, or creating a will. Lawyering is in many respects a trade, like being a plumber, electrician, mechanic, or welder.

Law schools (at least some of them) should function as trade schools, and all schools should focus more on practical training. The Ivory Tower approach so common in academia often loses sight of the essential mission of legal education. Elite law schools could learn some useful lessons from LMU.

Want to get notified whenever we write about Illinois Supreme Court ?

Sign-up Next time we write about Illinois Supreme Court, we'll email you a link to the story. You may edit your settings or unsubscribe at any time.