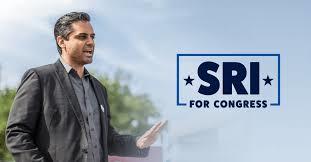 That’s one of the more popular memes that’s been floating around on the internet since members of Congress started calling for the release of President Trump’s tax returns, and it makes a good point. While it seems reasonable to assume that a billionaire who becomes a politician is less likely to be subject to corruption, you have to wonder how a person of modest means can enter politics and become a millionaire on a councilman’s, a mayor’s, or a legislator’s salary.

As Harry Truman famously said, “No man can get rich in politics unless he’s a crook. It can’t be done.”

Of course, if you’re a person of modest means, the salary of a U.S. representative or senator would be a sizable boost in your income and a big improvement in your lifestyle, but, by itself, it won’t make you a millionaire.

The fortunes of Alexandria Ocasio-Cortez, for instance, have improved dramatically since she went from being a bartender to being a congresswoman. The fortunes of her constituents have not. They should have wondered, before they voted for her, why a person of little or no net worth was running for Congress and what such a person could possibly offer them as their representative.

Voters in Texas’ 22nd Congressional District should learn from the mistakes of AOC supporters and wonder such things about Sri Preston Kulkarni.

Kulkarni ran for that House seat in 2018 and nearly won. Now he’s running for it again. Suffice it to say, he’s not a billionaire seeking to become a politician. In fact, he reported only $6,000 in income in the last two years.

How has he survived for that long on just six thousand dollars? Has he relied, like Blanche Dubois, on the kindness of strangers?

A Kulkarni campaign spokesperson says Sri “is relying on savings while he runs this campaign.”

Want to get notified whenever we write about U.S. Congress ?

Sign-up Next time we write about U.S. Congress, we'll email you a link to the story. You may edit your settings or unsubscribe at any time.