DALLAS -- An expert witness in a woman’s negligence lawsuit against her physician is not reliable, an appeals court has determined.

The Court of Appeals Fifth District of Texas affirmed the ruling Aug. 30 from the Dallas County District Court, that Edwina Oliver’s expert witness in her lawsuit against Dr. Paul Saadi is not fit for the case. 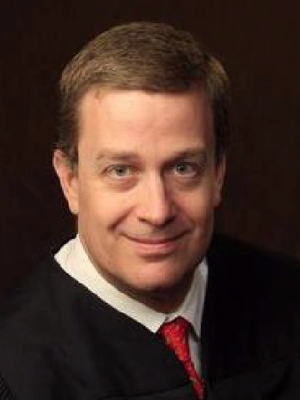 Oliver sued when she experienced foot drop after Saadi operated on her foot. She accused him of violating her standard of care and causing her to suffer foot drop. While she provided Dr. Brent Morgan as an expert witness, the lower court, and then the appeals court ruled Morgan is not a proper expert in Oliver’s case.

The appeals court said, “We find Dr. Morgan’s analysis contained a material analytical gap such that the trial court would not have been abusing its discretion in determining the analysis was unreliable.”

It noted that Oliver had an MRI in June 2014, about eight months after her surgery, instead of having one immediately after. Although the evidence in the trial court proved there was fluid collection in the March 2014 MRI, there is no proof that it was there right after her surgery. Plus, Morgan obliged that he did not know what an MRI taken right after surgery would display and could not determine that fluid collection was there immediately after the operation, the court ruled.

The appeals court added, “Oliver’s burden of proving reliability included showing his expert’s opinion did not contain internal inconsistencies such as this one.”

Because Oliver failed to provide a proper expert witness, she also failed to prove causation against Saadi. The appeals court affirmed the no-evidence summary judgment for Saadi.

Saadi and Oliver’s doctor-patient relationship began when he treated her for a spinal condition, the suit states. Before she had surgery, she said she experienced pains from her back to her leg, as well as cervical myelopathy and Parkinson’s disease. After the July 2013 operation, Oliver said she experienced a condition called foot drop, where the strength and ability to move her foot was ranked at zero out of five. Although her condition had become better by the end of the year, she filed a negligence lawsuit against Saadi in July 2015.

Want to get notified whenever we write about TEXAS FIFTH DISTRICT COURT OF APPEALS ?

Sign-up Next time we write about TEXAS FIFTH DISTRICT COURT OF APPEALS, we'll email you a link to the story. You may edit your settings or unsubscribe at any time.