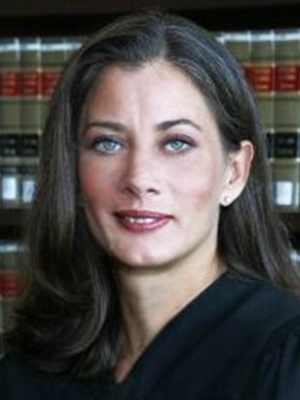 AUSTIN -- JAC Entertainment submitted enough evidence to prove its breach of contract, declaratory judgment and damages allegations against its tenant, an appeals court has affirmed.

Although WC 4th and Colorado LP, and WC 4th and Colorado GP LLC filed an appeal, stating JAC’s evidence was not enough to prove its claims (subsequently meaning that JAC also wasn’t owed attorney fees the lower court granted it), the Texas Court of Appeals in the Third District at Austin affirmed the judgment in favor of JAC on Oct. 1.

“After reviewing the record, we conclude that, while the evidence in support of JACs damages is minimal, it nonetheless constitutes more than a scintilla and is, thus, legally sufficient,” the appeals court ruled. “Because there was legally sufficient evidence to support the trial court’s award of damages to JAC, we affirm the trial court’s judgment.”

The appellate court then addressed another key issue concerning the $15,404.81 JAC was awarded for breach of contract claim and the $73,160 for attorney fees. The court pointed out that JAC provided five different exhibits to prove its case, including an e-mail exchange that shows the damages JAC suffered because of WC overcharging for common area of maintenance (CAM) charges.

The e-mail proved that JAC dished out roughly $16,000 in CAM charges and suffered damages of $15,404.81 “for WC’s breach by collecting fees unauthorized by the lease under the label of ‘CAM charges,’” the appeals court ruled.

JAC and WC had a commercial lease for JAC’s location in downtown Austin. The first lease was five years, and JAC had the possibility to renew the lease two times. JAC paid a base rent of $15,000 a month plus its pro rata share of CAM charges to cover ownership and maintenance fees in the common areas. The first month CAM charge is zero. WC charged JAC Cam charges of $976.63 a month in the first term. WC then upped the CAM charges to $1,605 a month. JAC asked WC for proof to back the amount for the charges, and WC provided ledgers. But JAC did not want to pay additional CAM charges, stating that the lease did not authorize it. JAC filed the lawsuit after the parties couldn’t come to an agreement.

WC responded with a no-evidence and traditional motion for summary judgment, stating that JAC couldn’t back its claims. JAC then filed its own motion for summary judgment where it asked for a declaration that said its not responsible for the CAM charges, and that WC defaulted on the lease when it collected and tried to collect cAM Charges. JAC provided affidavits, deposition transcripts, copies of the lease and the ledgers that WC gave it to explain the charges. JAC argued that WC “billed operating expenses fore the entire building as ‘CAM charges,’” according to the lawsuit.

The lower court agreed with JAC and granted it partial summary judgment and denied WC’s motion for summary judgment based on the Declaratory Judgments Act. It awarded JAC $15,404.81 in damages for the breach of contract claim and $73,160 in attorney’s fees. WC then appealed.

Want to get notified whenever we write about TEXAS THIRD COURT OF APPEALS ?

Sign-up Next time we write about TEXAS THIRD COURT OF APPEALS, we'll email you a link to the story. You may edit your settings or unsubscribe at any time.