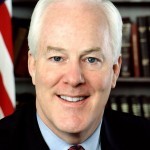 What do Lassie the border collie, Elvis Presley, and the WNBA Silver Stars have in common?

They’ve all performed at San Antonio’s Freeman Coliseum.  Lassie came for the rodeo in 1963, Elvis sold out every seat in 1956, and the Silver Stars played one season in the coliseum before they moved to Las Vegas in 2017.

This fall we celebrate the Freeman Coliseum’s 70th birthday and the thousands of momentous events it has held for the people of San Antonio.Although it’s hosted many big names over the years, the Freeman Coliseum isn’t just for celebrities.  Millions have celebrated life-defining moments inside its walls.

For graduates from local schools like Harlandale High School, the Coliseum has been the site of the long-awaited moment when they flipped the tassel on their graduation cap from one side to the other.

For others, that defining moment may have been a spiritual awakening during a prayer by the famous Reverend Billy Graham.

Derrick Howard, Executive Director of Bexar County’s Community Arenas Board, calls the Freeman Coliseum a “venue of firsts,” noting folks often share memories of their first circus, concert, or rodeo there.  In fact, the very first San Antonio Livestock Show and Rodeo debuted at the Freeman Coliseum in 1950 with more than 250,000 guests in attendance.  It’s grown a bit in the past 70 years, now attracting nearly two million visitors a year.

In addition to Lassie’s appearance, historical rodeo highlights include a nationwide telecast by Roy Rogers and Dale Evans – King of the Cowboys and Queen of the West – in 1961 and a particularly memorable performance by Loretta Lynn in 1987.  In the middle of her show, when a transformer failure led to a stadium blackout, she and her guitar player continued under emergency generator-powered flood lights.  As they say, the show must go on.

In the Coliseum’s 70-year history, thousands of events have catered to the local community.  Craft shows, boxing matches, motorcycle extravaganzas, job fairs, hockey games, bridal expos, Aggie musters, and musicals, to name a few.  Some years, the Freeman Coliseum boasts more than 160 event days, which doesn’t even include set-up or break-down time.

Right behind it at the Freeman Expo Hall, hundreds of Texas teenagers headed to U.S. service academies gather to meet their fellow cadets and midshipmen at my annual Service Academy Send-Off, one of my favorite events each year.  I try to leave them with some inspiration and insight, but at the very least I like to congratulate all the students on their willingness to serve their nation and on their successful admission into highly rigorous institutions like West Point, the Naval Academy, and the Air Force Academy.

Most visitors enjoy their time at the Freeman Coliseum, but it’s safe to say Mick Jagger’s experience there is one he’d probably like to forget.  When the Rolling Stones brought the British Invasion to Texas for the first time in 1964 – only the second stop on their U.S. tour – they were booed off stage.  The vegetables thrown at them didn’t hurt as much as when the performing monkeys that had warmed up the crowd for the rock stars were brought back onto the stage to please the angry concert-goers. It took the Stones 11 years to return to San Antonio.  And when they did, they picked another venue.  They haven’t returned to the Freeman Coliseum since.

Want to get notified whenever we write about CORNYN FOR SENATE ?

Sign-up Next time we write about CORNYN FOR SENATE, we'll email you a link to the story. You may edit your settings or unsubscribe at any time.