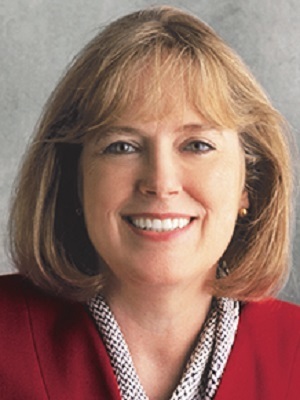 Despite his arguments, a lawyer was unable to convince an appeals court to dismiss a petition from the Commission for Lawyer Discipline that accused him of taking part in professional misconduct.

On Jan. 9, the Court of Appeals for the First District of Texas affirmed the decision from the 61st District Court in Harris County. Richard Anert Robins was hit the claim via the Texas Citizen’s Participation Act with allegations he filed a frivolous lawsuit against the sons of his now deceased client.

The judges first denied Robins’s first and second issues that the TCPA isn’t related to this lawsuit. They pointed out that the commission’s allegations obviously display professional misconduct at first glance. They noted that the Texas Disciplinary Rules of Professional Conduct oblige a lawyer to provide client file after the lawyer is fired, which Robins refused to do. It also bars the lawyer from filing frivolous cases, which Robins is accused of doing.

When it comes to filing frivolous lawsuits, Robins initially sued on behalf of his client even though he didn’t know if she was still alive. After that, he allegedly urged her sons to him and let him sue on her behalf, without informing others in the lawsuit that his client had actually died. According to affidavits, he even spoke on when she’d be available for a deposition with the opposing counsel.

He’s also accused of being dishonest and committing fraud so that he’d get money from the case. He told the sons in an email “I want to get you guys the biggest award realistically obtainable, but I need to balance that with how law school’s painfully expensive,” according to the lawsuit.

Considering his proven conduct, the judges denied his motion to dismiss.

In the alleged misconduct in question, a woman named Cindy Crisp sold items from a personal property to liquidator John Sauls in 2013. She was supposed to collect a total of $6,893.21 between two checks, but both checks bounced. Crisp then contacted Robins to help her get the money she was owed, along with attorney fees and related court costs. She also gave Robins a check for $350, which he said was for court costs.

Shortly after, Crisps’s health declined as she experienced multiple sclerosis. He wasn’t able to contact her or even confirm if she was still alive, but he still sued Crisp for the bounced checks. He rejected a $2,500 settlement offer from Sauls’ attorney, stating that Crisp deserved more. After locating her two sons in 2017, Robins was told that Crisp died two years prior. Still, Robins encouraged her sons to be a part of the lawsuit. But Robins didn’t show up when the trial came on April 3, 2017, so the case was dismissed for want of prosecution.

At the same time, Robins couldn’t answer Saul’s request for discovery but he didn’t have the answers (considering his client had passed away), so Saul filed a motion for sanctions, and a hearing was set on June 29, 2017. Robins then contacted Crisp’s sons and said they should let him represent them instead of their late mother, stating that it was very likely they could get more than $63,000.

They obliged and at a hearing on Sept. 17, 2017 the judge called out Robins for filing the lawsuit despite his client being deceased and without her son’s permission. The lower court then ruled that it would strike Crisp’s lawsuit if Robins didn’t submit briefing concerning his authority to represent one of her sons within 10 days. Ultimately, the brothers ended up firing him because of his conduct, including alleging urging them to sign affidavits of heirship for the briefing the lower court required. They requested their file but claimed that Robins never gave it to them.

Still, Robins ordered to be paid attorney’s fees, despite telling the brothers in the retainer agreement that “he would get paid his fees from Mr. Sauls,” according to the lawsuit. One of the sons then filed a grievance because of Robin’s alleged behavior, and both brothers refused to accept Robins’s settlement offer. Robins then sued, and the commission sued Robins for misconduct including for filing a frivolous lawsuit and failure to hand over the brothers’ file. Robins filed a motion to dismiss, and the lower court denied.

The appeals court then affirmed.