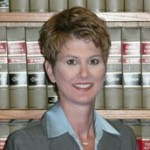 One Harris County resident and two Orange County residents have filed an asbestos suit against four defendant corporations, claiming the asbestos-related disease with which a man was diagnosed was wrongfully caused.

The plaintiffs allege Floyd Hawkins’s disease was caused because he inhaled, ingested or otherwise absorbed asbestos fibers while at work. They claim he did not know of the hazards of asbestos exposure, according to the complaint.

The plaintiffs state the defendants failed to adequately warn Floyd Hawkins of the serious health hazards related to asbestos exposure and failed to provide him with what would be considered adequate and safe working apparel.

In the lawsuit, the plaintiffs are seeking general, punitive, special and exemplary damages, plus costs, pre- and post-judgment interest and other relief to which they may be entitled.

They will be represented by Tina H. Bradley of Hobson & Bradley in Beaumont.

The case has been assigned to Judge Gary Sanderson, 60th District Court.