CommunityBank of Texas sues for payment on $500K loan 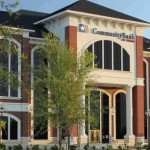 A Texas bank has filed suit against another company it claims has not paid loans as promised.

According to the complaint, the defendant Emersen Enclave borrowed money from the plaintiff in the amount of $1,325,900 and defendant Seniguar cosigned for the promissory notes.

In addition to the money it claims it is owed, CommunityBank is seeking interest, attorney fees, court costs and other relief the court deems just.

They are being represented by Port Arthur attorney Glenn H. Steele Jr. of McPherson, Hughes, Bradley, Wimberley, Steele and Chatelain.

This is a report on a civil lawsuit filed at Jefferson County Circuit Court. The details in this report come from an original complaint filed by a plaintiff. Please note that a complaint represents an accusation by a private individual, not the government. It is not an indication of guilt, and it represents only one side of the story.