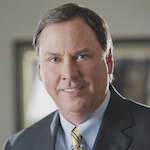 A Tarrant County couple is suing Texas Farmers Insurance Co. for allegedly refusing to pay for all insurance covered damages to their home.

Uzoma Duru and Celestina Duru filed a lawsuit March 21 in the Galveston Division of the Southern District of Texas against Texas Farmers Insurance and Scott Monell, citing breach of contract, unfair settlement practices, failing to promptly pay for claims and breach of duty of good faith and fair dealing.

The plaintiffs claim a hail storm substantially damaged their home located on Alexander Lane in Euless, on April 4, 2012.

According to the suit, the plaintiffs filed their insurance claim in a timely manner, but were denied full coverage to repair the damages done to their home. Farmers claimed the specific damages to the plaintiffs' home were not covered under their policy.

The suit alleges when defendant Monell, a Farmers agent, came to investigate the claims he failed to include all damages in his report, resulting in underpayment of the plaintiff's claim.

The plaintiffs are seeking damages in an amount in excess of minimum jurisdictional limits, interest, attorney's fees and court costs.

They are being represented in the case by Beaumont attorney Mitchell A. Toups of Weller, Green, Toups and Terrell LLP.

Galveston Division of the Southern District of Texas Case No. 14-CV-0338

This is a report on a civil lawsuit filed at the Galveston Division of the Southern District of Texas Courthouse. The details in this report come from an original complaint filed by a plaintiff. Please note, a complaint represents an accusation by a private individual, not the government. It is not an indication of guilt, and it only represents one side of the story.