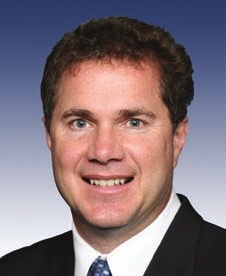 WASHINGTON (Legal Newsline) – It seems U.S. Rep. Bruce Braley’s past remarks warning that a “farmer” could be the next chair of the Senate Judiciary Committee reached the ears of Texas trial lawyers.

Seeking financial backing for his U.S. Senate bid, Braley, D-Iowa, told a group of trial lawyers at a Corpus Christi fundraiser in January he’s “someone who’s been fighting tort reform for 30 years” and needs their “help” to stop Republican Sen. Chuck Grassley – an Iowa farmer prior to launching his extensive career in Congress – from becoming the next chair of the Senate Judiciary Committee.

In the months of January and February, Texas trial lawyers donated more than $24,000 to Braley’s Senate campaign -- an amount that includes a $1,000 donation made by plaintiff's attorney Brent Coon of Brent Coon & Associates in Beaumont on Feb. 20, according to the Federal Elections Commission.

For the month of March, he received $45,100 from Texas attorneys.

In the first quarter, Braley raised $1.25 million in campaign contributions, bringing his total to $5.4 million earned so far in the 2013-2014 election cycle, according to the FEC.

The congressman has spent $2.3 million in campaign contributions, leaving him with more than $3.1 million cash on hand going into the second quarter.

Four out of five of Braley’s top contributors are major law firms, accounting for more than $105,000 in donations, according to opensecrets.org.

The Dallas law firm Waters & Kraus and its attorneys account for $19,350 in donations.

Weitz & Luxenberg, a law firm specializing in asbestos litigation, have made $39,675 in donations to Braley’s campaign.

The bulk of Braley’s contributions, 78 percent, have come from individual donors for a total amount of $4,295,859, according to opensecrets.org.

Almost 23,000 individuals have donated to Braley’s campaign, with ActBlue, a PAC supporting Democratic congressional candidates, supplying 2,726 of those donations, according to reports filed with the FEC.

Some of the larger donations from notable individual Texas trial lawyers include:

-A $2,600 donation from “Super Lawyer” Ken Bailey Jr., of Bailey Perrin Bailey in Houston; and

-A $5,200 donation from Steven Kherkher, a managing partner at the asbestos law firm Williams Kherkher.

Braley, a plaintiff’s lawyer by trade and former head of the Iowa Trial Lawyers Association, is the only Democrat running for Iowa’s open U.S. Senate seat being vacated by Democrat Sen. Tom Harkin.

Before being elected to Congress in 2007, Braley “worked as an attorney for 23 years, holding corporations accountable to their employees and consumers,” according to the congressman’s online bio.

Want to get notified whenever we write about Williams Kherkher Hart Boundas LLP ?

Sign-up Next time we write about Williams Kherkher Hart Boundas LLP, we'll email you a link to the story. You may edit your settings or unsubscribe at any time.