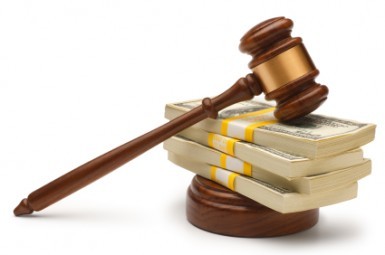 A settlement has been reached in a lawsuit brought against AkinMears by a former employee who alleged the Houston law firm fired him to avoid paying him millions of dollars.

Brian Melton, a Susman Godfrey attorney representing AkinMears, told the Record the parties have reached a settlement and the case will most likely be dismissed within a week or two.

Shenaq, the firm’s former chief business development officer, contends AkinMears fired him to avoid paying him more than $4 million for 14,000 medical mesh lawsuits he acquired for the firm.

Shenaq claimed he also was the force behind raising the money needed to purchase the suits, working directly with lawsuit lending companies.

In his suit, Shenaq blasted AkinMears, calling the firm a “mass tort warehouse” and a “glorified claims processing center” for enriching itself through a business model that includes: borrowing as much money as possible; purchasing TV ads to land as many faceless clients as possible; and waiting on real lawyers to establish liability against somebody for something.

Since then, however, Shenaq has gone into business for himself, starting Park Laureate Partners, which specializes in “assisting law firms in obtaining working capital and case specific financing for large complex litigation matters and for mass tort dockets,” according to the PLP website.

“Prior to Park Laureate Partners, Mr. Shenaq served as Chief Business Development Officer for one of North America’s largest advertising law firms (AkinMears), where he was responsible for the firm’s capital raising efforts, along with identifying and deploying capital into unique investment opportunities in the legal space to accelerate the firm’s growth.”

A hearing on a more permanent sealing was slated for Nov. 6.

However, on Nov. 2 AkinMears withdrew the motion to permanently seal, contending the damage has already been done by the “wave of media attention” already generated by the lawsuit.

In his suit, Shenaq claimed:

• The source of AkinMears’ financing was Virage Capital Management and Gerchen Keller Capital;

• The amounts of financing obtained, WAS around $93 million from GKC;

• Shenaq knew the settlement values of cases, borrowing costs, actual and potential fees received, commissions paid and confidential deal terms related to the purchase of a transvaginal mesh docket, which, according to the petition, boasted around 14,000 cases potentially worth up to $200 million.

In its motion to seal, AkinMears had argued Shenaq’s disclosure would enable competitors to copy its business model.

Shenaq was suing for actual, general and special damages, plus attorney’s fees.

He is represented by Kenneth Wall, attorney for the Houston law firm Oaks, Hartline & Daly.

In addition to Melton, AkinMears is also represented by Allan Neighbors, attorney for the Houston law firm Littler Mendelson.