According to a posting on the BCA website, the lawsuit was filed against Woven Metal Products, Inc. on behalf of Jacob Matthew Cadriel, who was killed on the job by a co-worker, Steven Damien Young, on April 1, 2015. 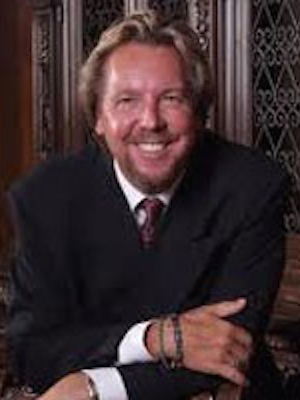 Young killed Cadriel with a 38-caliber handgun. Young was arrested and charged with murder, and is now serving a 45 year sentence, the post states.

The post also states Cadriel left his home in rural southeast Texas in 2006 to fulfill a five-year commitment to the U.S. armed Forces, where he completed two extended tours of duty in Iraq and Afghanistan.

Young had pulled a gun on workers at a prior job and had pulled one again at employees of a Jack in the Box shortly before he was hired on at Woven Metal Products facility to work for their subsidiary, Indchem. While a background check would have revealed those charges and convictions, none was undertaken, the post states.

The lawsuit allegws that Woven Metal, who owned the facility where Cadriel worked, was negligent in knowingly providing an unsafe workplace for its employees and that the company failed to, among other things, conduct comprehensive employment background checks and criminal record searches on their employees and failed listen to numerous workers at the facility who repeatedly told them about the erratic and unstable behavior of Young.

Texas law does not require background checks and does not allow evidence of a past conviction to be the basis of liability. Texas law also prohibits exemplary damages when criminal acts of others cause an injury, even if it was from a coworker or invitee to the premises.

“These cases are always tragic, regardless of the outcome with the jury,” said lead plaintiff's attorney Brent Coon in the post. “We are pleased that the family can now get some closure to the matter, and that a jury has agreed with us that Woven bears responsibility for the criminal culture they created on the jobsite with their hiring and retention practices.

Cadriel served his country in the U.S. Army from 2004 through 2009, and was active in two tours in Iraq. He was back home in Texas, married to his high school sweetheart, and raising their 5-year-old son, Jacob Matthew Cadriel, Jr., at the time of his death.

At closing, Coon, pointed out how tragically similar Cadriel's path was to that of Chris Kyle, the hero of the movie “American Sniper” who was also gunned down by a deranged acquaintance, the post states.