HOUSTON – The 14th Court of Appeals has found that an ancillary court abused its discretion by granting a temporary restraining order stopping the city of Houston from displaying a budget meeting on municipally funded media platforms.

On May 3, 2018, the city secretary certified to Mayor Sylvester Turner and City Council that the petitions had the requisite number of signatures. The City Council scheduled a council vote for Aug. 8, 2018, to place the charter amendment on the ballot. 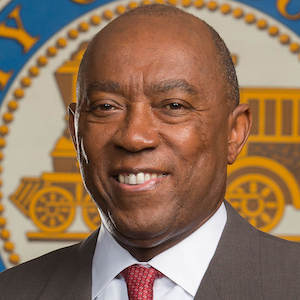 The Texas Local Government Code requires that the city publish notice in the local newspaper. For a charter amendment to appear on the November 2018 general election ballot, the first such publication must occur, at the latest, by mid-October 2018.

The city’s Budget and Fiscal Affairs Committee scheduled a public meeting for July 26 in anticipation of the publication of the estimated fiscal impact of the charter amendment and the City Council’s upcoming vote that would place the amendment on either the November 2018 or 2019 ballot.

When the July 26 meeting began, Dave Martin, the chairman of the committee, stated that the purpose of the meeting was to discuss the financial implication of the proposed amendment, court records show.

The city’s director of finance, Tantri Emo, and Houston’s fire chief, Samuel Peña, jointly presented a PowerPoint on the charter amendment’s potential financial impact to the city and the Houston Fire Department.

The Greater Houston Partnership also spoke at the meeting. The Firefighters Association was invited to make a presentation at the meeting but declined.

However, the Firefighters Association’s lawyer spoke during the public comment portion of the meeting. Afterwards, a video of the meeting was posted on the city’s website.

After hearing the request, an ancillary judge signed a TRO the next day restraining Mayor Turner and Martin from displaying on municipal websites or other municipally funded media platforms any audio, video, or transcribed versions of the July 26 meeting, court records show.

On Aug. 3, Turner and Martin appealed, questioning whether the court abused its discretion.

Their brief states:  “In an apparent effort to prevent statutorily-mandated factual information—demonstrating the severe, adverse financial impact on the City of a proposed firefighter and police compensation charter amendment—from reaching and educating the voting public, to discredit and dismiss such factual information as mere ‘electioneering,’ and to chill critical speech and essential deliberation by the City’s elected representatives regarding an imminent City Council vote and a citizen-driven, charter amendment, Local 341, a political proponent of that charter amendment, sought and obtained a temporary restraining order…”

On Aug. 23, justices concluded that public funds were not being used for political advertising by making the meeting video publicly available, even though an incidental effect of posting the video on the city’s website may be to re-publish statements supporting or opposing the charter amendment.

Want to get notified whenever we write about City of Houston ?

Sign-up Next time we write about City of Houston, we'll email you a link to the story. You may edit your settings or unsubscribe at any time.