DALLAS – The Fifth Court of Appeals has referred John Lin McCraw, a past Texas Trial Lawyers Association president, to the State Bar of Texas for possible disciplinary action after attacking the integrity of two justices over campaign contributions.

In July, the Fifth Court reversed a $2 million verdict obtained in an assault case that named an apartment complex as a defendant.

Fighting to reinstate the verdict for his clients, on Sept. 25 McCraw filed a motion to recuse Justices Molly Francis and Craig Stoddart on the basis of campaign contributions received and publicly reported in January 2018. 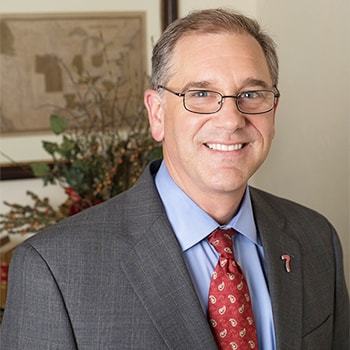 “It has come to the attention of Appellees that both Justices Francis and Stoddart received coordinated political gifts from the Apartment Association of Greater Dallas PAC and Texans for Lawsuit Reform PAC less than a month before their assignment to this case becoming publicly known,” the motion states. “Thereafter both voted to reverse and render a judgment, based on a jury’s verdict, against an apartment for its tort that caused harm to Appellees.

“It is a well-known axiom in politics that rarely does anything happen by accident. The string of ‘coincidences’ in this case is simply too great to overlook and throws great doubt on the impartiality of two of the three justices assigned to this case.”

On Oct. 9, the Fifth Court found McCraw’s assertions to be “direct attacks on the integrity of the justices.”

“Stripped to essentials, McCraw seeks to exploit the very existence of an elected judiciary as a basis for recusal,” the opinion states. “Whether favored by judges or not, Texas selects its judges by popular election and requires that they finance this process. It has done so for more than a century.

“Recognizing this reality, Texas courts have spoken definitively and clearly with respect to the effect of campaign contributions on recusal. The mere receipt of campaign funds, in and of itself, without an indication of communication about, or coordination of, the handling of a case, is not a basis for recusal.”

Want to get notified whenever we write about Texas 5th District Court of Appeals at Dallas ?

Sign-up Next time we write about Texas 5th District Court of Appeals at Dallas, we'll email you a link to the story. You may edit your settings or unsubscribe at any time.