AUSTIN — On Monday, Texas House members heard testimony on HB 765, which seeks to collapse the fixed cap on non-economic damages in medical malpractice lawsuits and adjust it for inflation each year.

Hoping to end the health care epidemic plaguing Texas, the legislature passed medical liability reforms in 2003. One such measure capped non-economic damages in med-mal suits at $250,000.

The result has been “very successful,” as the cap has “significantly improved” access to health care in the state, especially for less privileged residents, according to William Hamm, a Ph.D. economist with the Berkeley Research Group. 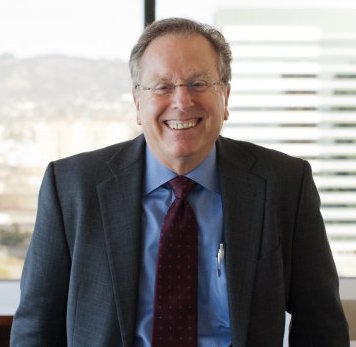 Hamm appeared before the Judiciary & Civil Jurisprudence Committee to speak in opposition of HB 765.

Hamm was tapped by Texas Alliance for Patient Access, a statewide coalition of medical professionals and physician liability insurers, to measure the effects of the cap on access to care and the likely consequence of indexing.

“What the study finds is that the cap has significantly improved access to health care in Texas, particularly for the most underserved and most vulnerable people,” Hamm said. “Since the cap was enacted, the … number of physicians has far exceeded the population growth rate.

“An increase in the cap is most likely to affect access.”

Hamm told committee members that the research shows that indexing the cap will slow or even reverse the post-reform gains.

Patients with high-risk conditions, Hispanics, patients residing in rural areas, the uninsured, and the working poor, will be disproportionately affected, he said.

If the cap was inflated and premiums increased, Hamm believes rural areas would be the most severely impacted.

As it did during the crisis years, a higher ceiling on non-economic damage awards will cause more physicians in rural Texas to restrict their practice or to relocate to higher-income areas, Hamm said.

HB 765 was introduced by Rep. Gene Wu, a Democrat out of Houston, who introduced similar legislation last session.

Wu told committee members the worth of $250,000 decreases every year as inflation goes up.

“If we’re gonna say something is worth something, than it should be a consistent thing throughout time … out of fairness.”

Texas law still allows med-mal plaintiffs many other avenues for unlimited economic recovery, including no limits on past and future medical costs and lost wages.

Testifying in favor of the bill was Ware Wendell, executive director of Texas Watch, a consumer advocacy group heavily supported by trial lawyers.

Wendell told committee members that “this is a moral question,” as the bill “determines how we value life in the state.”

“How do we value the life of those who beat back the communist and the fascists, because that’s the generation right now who are elderly,” Wendell said. “They don’t have economic losses right now. They put their time in on their jobs. Their life is capped at $250,000.”

Want to get notified whenever we write about Texas Alliance Medical Group ?

Sign-up Next time we write about Texas Alliance Medical Group, we'll email you a link to the story. You may edit your settings or unsubscribe at any time.