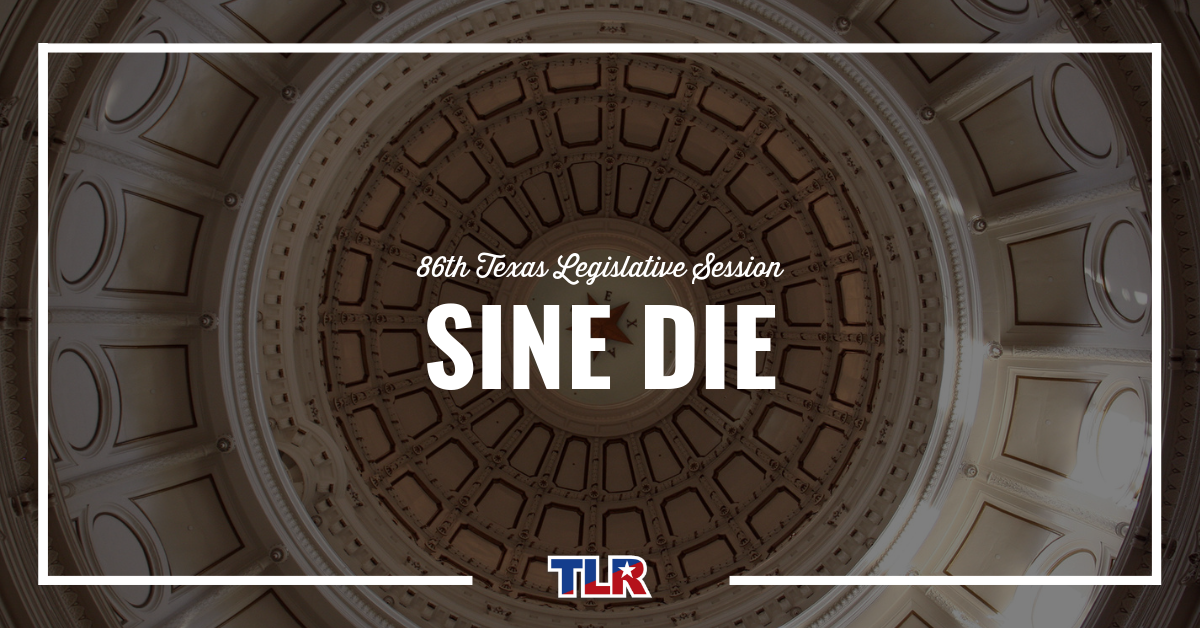 AUSTIN – With the 86th Texas Legislative Session now in the books, Texans for Lawsuit Reform says its just completed one of its “busiest and most successful legislative sessions ever.”

A number of measures impacting the Texas legal system were passed this past session, including a bill designed to bring transparency to contingency fee contracts private lawyers enter into with local governments.

“A number of important bills supported by TLR passed the Legislature and either have already been signed by the governor or are awaiting his signature,” states a June 3 email TLR sent out. 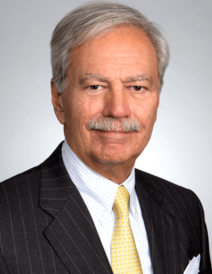 “These bills strengthen our legal system, protect consumers, and ensure the right to speak freely, among other things.”

- SB 2342 (Creighton/Leach): Enhancing Texans’ access to courts. Conference Report passed in Senate 31-0. Passed in House 91-48. Another major TLR priority was making litigation less expensive and time consuming so ordinary Texans can pursue legitimate claims in court. SB 2342 expands the jurisdiction of justice of the peace courts, which quickly and efficiently handle smaller cases and do not require an attorney. It also expands jurisdiction of county courts at law and encourages the use of successful expedited procedures to help make the legal process more streamlined and efficient;

- SB 1189 (Buckingham/Capriglione): Common-sense disclosures in legal services ads.  Passed in House 112-21. Concurred in Senate 31-0. Advertising by attorneys is ubiquitous, sometimes misleading and often inflammatory. SB 1189 requires TV advertisements for legal services to disclose that it is a paid ad, the sponsor of the ad and whether the attorney will actually represent the client. It also prohibits the attorney from using phrases like “medical alert,” “health alert,” or “public service announcement,” or saying a product has been recalled when it has not, and requires that ads related to prescription drugs advise viewers not to stop taking their medication without consulting a physician;

- SB 2140 (Hughes/Burrows): Reining in a potential abuse of business. Passed in Senate 31-0. Passed in House 134-5. Signed by the Governor 5/25/19. Texas’ attorney general has tremendous authority to seek civil penalties under the Texas Deceptive Trade Practices Act, an authority that could be subject to serious abuse, in part due to the very high per-violation penalty of $20,000. SB 2140 reduces the per-violation penalty by half, to $10,000;

- HB 3233 (Klick/Fallon): Clarifying the Judicial Campaign Fairness Act. Passed in House 139-3. Passed in Senate 31-0. The Judicial Campaign Fairness Act was ambiguous in some places and probably unconstitutional in others. It was confusing to donors who were trying to comply with the law. HB 3233 amends the act to address some of the ambiguities and delete the parts that are unconstitutional, while preserving the protections that ensure judicial campaigns are conducted fairly and ethically’

HB 2730 (Leach/Hughes): Addressing abuses in Texas’ anti-SLAPP statute. Passed in House 143-1. Passed in Senate 31-0. When the Legislature passed the Texas Citizens’ Participation Act in 2011, it wanted to ensure a powerful entity couldn’t use a frivolous lawsuit to bully Texans out of exercising their rights of free speech and association. The law, however, has been used in ways the Legislature never intended—for example, to shield actions like extortion and theft of trade secrets—which wasted judicial time and resources. House Bill 2730 is the product of feedback from key stakeholders, including media organizations, attorneys and judges who work with this law every day. It helps guarantee that Texans can exercise their constitutional rights of speech and association, while lessening the statute’s overly broad application.

“As it has over the past 25 years, TLR’s common-sense proposals continue to unite Texas’ leadership,” the email states. “Gov. Greg Abbott has been a vocal advocate for making our legal system more efficient and accessible. Lt. Gov. Dan Patrick has consistently been a champion of reforms to shut down lawsuit abuses, listing TLR’s priority bill about local government contracting with contingency fee attorneys in his top 30 legislative priorities.”

In the email, TLR says it also worked with its allies on numerous other bills to enact good public policy related to the legal system, including:

- HB 1734—requiring school districts to make the repairs for which damages are awarded in a construction defect lawsuit, instead of spending the money on other things;

- HB 1999—requiring a governmental entity to provide a pre-suit notice and time for repairs to be made before a lawsuit alleging construction defects is filed;

- SB 711—allowing the Texas Department of Motor Vehicles to include a notice that a vehicle is subject to a manufacturer’s recall on the report that is generated when the vehicle completes its yearly safety inspection;

- SB 230—providing immunity to landowners for recreational use of private property for rock climbing;

- SB 489—protecting from disclosure the home addresses of judges who may be subject to harassment and even death threats;

- HB 1693—reducing unfairness arising from timing in the use of affidavits to prove the reasonableness of medical bills in a lawsuit;

- HB 1767—specifying the evidence that may be introduced regarding employee compensation in a utility rate case;

- HB 2362—altering the standard of care in certain emergency room and obstetrics cases.

- HB 2929—making clear that a hospital lien filed in a lawsuit does not violate the fraudulent lien statute; and