AUSTIN – On June 10, Gov. Greg Abbott signed off on House Bill 2826, which could curtail the rising trend of Texas attorneys soliciting county, school district and city officials in hopes of pursuing litigation.

From opioid litigation to construction defect lawsuits, trial lawyers have engaged in an all-out scramble to sign up local governments.

In response, HB 2826 was introduced, which relates to the “procurement of a contingent fee contract for legal services by a state agency or political subdivision.” 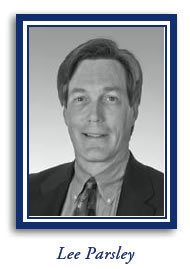 State Rep. Greg Bonnen, a Republican out of Friendswood, filed the bill in order to bring transparency to how local governments hire law firms for civil lawsuits.

Proponents of HB 2826, such as Texans for Lawsuit Reform, maintain the bill will help local governments keep lion’s share of proceeds from a lawsuit and bring transparency to the process, requiring state entities to negotiate a contract with qualified attorneys and not just the firms that solicit them.

“House Bill 2826 gives Texas taxpayers transparency, consistency and accountability when local governments hire private attorneys on a contingency fee basis to handle government litigation,” TLR General Counsel Lee Parsley said. “We are grateful that Gov. Abbott has signed this important bill, which ensures local governments will get quality legal services at a reasonable rate that allows them to keep more of their potential awards.”

For the past year or so, Houston attorney Mark McCaig has unearthed numerous contingency fee contracts Texas counties signed with law firms for representation.

What he found led him to testify in favor of the bill back in March.

“When I began researching this issue last year, I discovered a very troubling lack of transparency surrounding the manner in which many governmental entities awarded contingent-fee legal contracts,” McCaig said. “This new law will shine a much-needed light on that process.”

McCaig applauded the governor for signing HB 2826 and believes the new law will bring a sense of confidence to the public when their officials hire outside attorneys.

“The public must also have confidence that governmental entities only award contingent-fee legal contracts when needed, based on merit, and at a fair and reasonable price to the taxpayers,” McCaig said. “HB 2826 provides that confidence.”

HB 2826 moves contingency fee contract approval out of the hands of the Texas Comptroller’s Office and into to lap of the attorney general.

HB 2826 also gives the attorney general the ability to reject a contingent fee agreement related to a matter that the state has already addressed or is pursuing and where litigation brought by the local government would not promote the just and efficient resolution of the matter.

The bill will go into effect on Sept. 1.