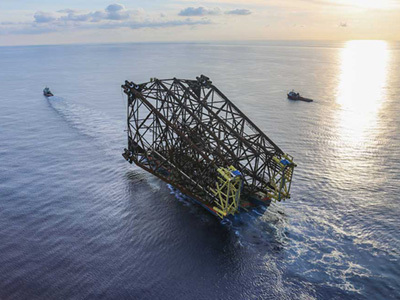 HOUSTON — A pipefitter is suing Bechtel Oil, alleging he was unfairly terminated for sustaining a work-related injury.

Rodrick Gatlin filed a complaint July 3 in the Houston Division of the Southern District of Texas against Bechtel Oil, Gas and Chemicals Inc., alleging discrimination on the basis of disability and retaliation.

According to the complaint, Gatlin was hired by Bechtel in September 2015. The plaintiff alleges he injured his knee April 13, 2018 while working for the defendant. The suit says Gatlin was taken to a doctor at Occucare in Port Arthur and was told that he could return to work but should take it easy.

The plaintiff says he returned to work April 14, 2018, but his knee was still in pain.  When Gatlin went back to the doctor four days later, the suit alleges, he was told to go to the emergency room where he was put on crutches and prescribed medication and physical therapy. The plaintiff says he was told he should not return to work until he was 100% fit for duty.

The lawsuit alleges Gatlin saw a nurse practitioner on April 24, 2018, and was told that he needed therapy and light duty for several weeks. When the plaintiff returned to work May 1, 2018, he said he was told his employment had been terminated. The complaint alleges that the plaintiff has suffered lost wages, mental anguish and loss of enjoyment of life.

Gatlin seeks trial by jury, front pay, attorney fees, court costs interest and all other proper relief. He is represented by attorney Kell A. Simon of The Law Offices of Kell A Simon in Austin.