TLR: 'Something needs to be done about the way Texas selects its judges' 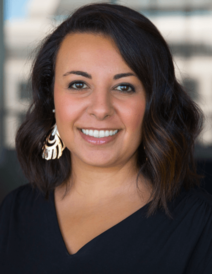 HOUSTON – Taking a stand against partial judges in the courtroom, Texans for Lawsuit Reform (TLR) seeks to inform citizens of a better selection process ahead of the next election.

“It is clear that something needs to be done about the way Texas selects its judges,” said Lucy Nashed, communications director for Texans for Lawsuit Reform.

Nashed referenced a recent report on the federal court jury’s conviction of Rudy Delgado, a suspended justice on the Texas 13th Court of Appeals, of eight criminal charges.

After his indictment in February 2018 of acceptance of bribes, violation of the Travel Act and obstruction of justice while a state district judge, Delgado was suspended from his seat on the 93rd District Court by the State Commission on Judicial Conduct. However, he won election to a seat on the 13th Court of Appeals in November 2018. According to the TLR report, he was again suspended and is prohibited from serving in any judicial office.

“The massive sweeps created by partisan election of judges create debilitating instability in our legal system that undermines the rule of law and confidence in the courts,” Nashed said.

Nashed said TLR is in support of House Bill 3040, which was passed by the legislature earlier this year.

“TLR supports House Bill 3040, which will help start the conversation about how best to address this issue in our state,” Nashed said.