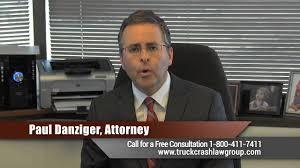 HOUSTON – Seeking more than $1 million in damages, a paralegal has filed suit against Danziger & De Llano, claiming the law firm fired him only days after he completed work on two mass tort dockets in order to avoid paying him promised bonuses.

According to the lawsuit, the firm entered into an agreement with Tritz, wherein he was to perform paralegal work and administrative work on mass tort dockets in exchange for salary and promised bonuses.

Tritz worked for Danziger & De Llano for nine years. The firm agreed to and routinely paid him a bonus of 5 percent of the firm’s revenue from mass tort cases that settled.

“Plaintiff performed all work requested by defendants during his employment … and would regularly work at least 70-90 hours a week on Defendants’ mass tort dockets,” the suit states. “Plaintiff worked most weekends and only recalls taking two vacations… and one was for the funeral of a family member. Plaintiff worked during holidays, including many Christmas Days, Thanksgiving Days, New Years, 4th of July, etc.”

On March 6, Tritz approached Danziger and Del Llano and informed them that all of the work had been performed and completed on the Invokana and Attune dockets. Two days later, they fired him.

“It is plaintiff’s belief that defendants terminated him so they would not have to pay him the money promised and owed to him, pursuant to the agreement,” the suit states. “Defendants owe plaintiff not less than $1 million for work performed by him and now attorney’s fees for pursing this matter.”

Tritz is accusing the firm of breach of contract, unjust enrichment, theft of services and fraud and misrepresentation.

He is represented by Ross Sears II and James Harris, attorneys for the Houston law firm Sears & Crawford.