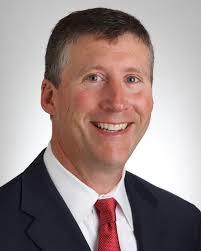 The suits were brought against the Texas Windstorm Insurance Association and have been lingering at the courthouse for more than a year now.

Court records show TWIA has filed motions seeking summary judgment in many of the cases.

On Aug. 30, a hearing was held in Judge Justin Sanderson’s 60th District Court to stay more than a dozen Harvey suits being handled by Daly & Black.

During the hearing, Aaron Bender, an attorney for Daly & Black, told the judge that it would be more efficient to have a MDL judge hear the cases so the issues can be argued only one time “instead of doing it over and over and over again.”

Attorney Jay Old argued on behalf of TWIA and said the association wanted the “opportunity to move forward” with the cases so the suits that don’t belong can be tossed and those that do can be prosecuted.

“We’re in a situation where we are on hold,” Old said. “When we have been able to get rulings, and the judges know the law, we prevail.”

Old gave several of examples of questionable cases, saying that in one suit appraisal had already been paid in full.

Bender said appraisal was ongoing in 7 of the 16 suits in Judge Sanderson’s court.

In all, the firm is handling around 242 Harvey suits against TWIA in courts strung across the Texas coast.

Bender said TWIA set multiple summary judgment hearings in Harvey cases “up and down the coast” to force the firm to send attorneys to every hearing.

Old said there was no urgency from Daly & Black to appoint appraisers when the suits were first filed and that the firm was now essentially asking the judge to prevent justice by staying the cases.

Old said Daly & Black needed to stop the docket because they have lost every case and were seeking a more favorable venue by wanting to move the cases to a MDL court.

Judge Sanderson agreed to stay the cases in his court.

Judge Walston agreed to stay the case until January but said if a MDL court had not taken the case by then he’d grant summary judgment in favor of TWIA.

During the hearing, Old said the case should have never been filed and that such suits “take money out of the pot” for other insureds.

Want to get notified whenever we write about Daly & Black, PC ?

Sign-up Next time we write about Daly & Black, PC, we'll email you a link to the story. You may edit your settings or unsubscribe at any time.